Google has been around for going on 22 years and in that time has forged an enormous name for itself, which is probably an understatement. The tech behemoth has its fingers in everything from the internet, cloud computing, artificial intelligence, computer software, and hardware and advertising.

In 2015, Google announced that it was going to reorganize and takes its various interests and turn it into a conglomerate they called Alphabet Inc. Not only did their interests reorganize but the corporate structure did as well. The company before and after the reorganization remains the same. They are one of the four largest technology companies in the world and they partner with many others. They have also purchased many large companies that they’ve brought under the Alphabet umbrella that include YouTube and Blogger.

It will probably come as no surprise that Google.com is the most visited website in the world. Its search engine has virtually no equal and its list of apps and services continues to grow. And growth is key here, its what makes Google the giant it is. But to get here, they had to come from somewhere.

Simple because it started as a 1996 research project by Larry Page and Sergey Brin, two Ph.D. students at Stanford University in California. Their initial name for the project was “BackRub”, a name that thankfully didn’t stick. A third founder, Scott Hassan, had been brought in on the project as he was the original lead programmer and wrote most of the code for the original search engine.

They changed the name to Google, though the intention at first was to call it googol, which is the number 1 followed by 100 zeros. A misspelling led them to Google.

THE GOOGLE OF TOMORROW

Tech is moving at such a rapid pace that it would be nice to have a crystal ball and see exactly where we are going. So many new products on the market, new apps, new phones the innovations seem to be endless and non-stop.

We usually get the bulk of our new tech information as the product is hitting the streets. Companies try extremely hard to keep their cards close to the vest. We are going to do what we can to take a peek at those cards.

Cutting edge and brand new (as of late 2019) Google is trying to forge their way to the front of the line with the new cell phones, audio devices, notebooks and even gaming services.

Pixel 4 and XL – Google has been in the cell phone business for some time now and is trying to stir up more business with their new Pixel line by finally offering it to customers from every major U.S. carrier. The phone itself is an impressive one, with Google hoping to take away from those Apple and Samsung customers. Some of the additions to the Pixel is a camera that is greatly improved at night time. They are so confident in their product they say you will be able to take great pictures of the stars at night, even the Milky Way galaxy. The phone offers a 90hz display, which is great for scrolling but hell on the battery. You will be able to turn that feature off.

Pixel Buds – Yes, this is direct competition to Apple’s Air Buds and Samsung’s Galaxy Buds. These new buds are wireless and will come with adaptive sound technology that will adjust the volume automatically depending the environment you’re in. The buds will also have a long-range Bluetooth connection so the listener can be far away from the smartphone and still be able to listen to music.

Pixelbook Go – Another new toy that is lightweight offers a quick charge that starts fast and moves fast once up and running.

Nest Family – This is a bunch of stuff Google is offering for the Nest smart-home unit. Nest Aware is one product that is a subscription program that allows customers to receive support across all their smart home devices. The new Nest mini has been upgraded to offer better speakers, as well as a new version of the Nest WiFi routers that allow for better coverage and faster speeds.

By nature of their business, Google has long been in the app market. In fact, Google’s G Suite has been around for a little over 13 years so why would this be considered an innovation of the future? Well, because Google continues to upgrade the product to where innovation seems seamless.

G Suite started simply enough with their Gmail. But as time went by and Microsoft started with their Suite of products, Google needed to keep up with the Jones’. And they have, developing a plethora of tools for Google users. These tools include Drive for storage purposes; Gmail, Calendar, Hangouts; for collaboration, they offer Docs, Slides, Sheets, Forms and Sites; and also a Vault and Admin panel to manage users and services. The continuing development of these products will not only keep current customers but hopefully bring in the new.

Code name “Cache”. Of all the innovations the tech giant is working on, this one is probably less an innovation and more of a strategic move. Google expects to rachet up its competition with Apple by partnering with existing banks and credit unions to offer checking accounts. Google is working with Stanford Credit Union and CitiGroup to bring these checking accounts to their customers in what appears to be their competitive answer to the Apple Card.

Google’s plan is to have these checking accounts managed by the Google Pay app in efforts to raise the number of Google Pay users. Other specific details have not yet been released, so it is unknown if project “Cache” will include the standard checking account fees most banks charge.

But competition with Apple isn’t the only reason Google is jumping into the banking business. Google main goal in most of their business models is unchanging and that is data collection. With Google connecting to your bank account directly, they will now have a great idea of how much money a person makes, where they tend to shop, and even what bills they pay each month. This may be reason for pause even though Google has already come out to say they will not sell any of their Cache account data to any other companies.

Sticking with the money theme, Google Pay is one more way Google is attempting to do away with cash and even cards to make life simpler. So instead of using a physical card, a user can download the app and store all their credit card information in it.

Google Pay allows users to send or request money, the ability to check out quickly when purchasing apps or on the web, and you also have the ability to pay with your phone in stores. Again, while this type of innovation has been seen, it is one that Google continues to develop and improve for their customers.

This is Google’s jump into the health-care industry. This project began in secrecy with Ascension, a St. Louis-based Catholic chain of 2,600 hospitals and doctor’s offices. The project’s goal is to work with these hospitals to crunch patient data to better help with treatment and administrative purposes.

Obvious questions arise from such a project, first and foremost, patient confidentiality. But these concerns, so far, have been put to rest (not to everyone’s satisfaction) when Google came out and said that the project is compliant with federal health laws and the patient data they collect is very well protected.

Google would like to tap into the $140 billion video game industry and plans on doing so with its video game streaming service called Stadia. It’s a $9.99 a month service that is being designed to work on a variety of devices like your phone, a PC and even TV streaming sticks. There is no physical copy of a game nor does the user have to download anything. Google is also offering Stadia Pro that includes free games and discounts.

This could be true turning point for the tech industry. Google claims they have achieved “quantum supremacy”. This was an experimental demonstration showing the superiority of a quantum computer over a traditional computer. It’s huge because to date, the idea of a quantum computer has been just that, an idea.

According to Google’s researchers, “While our processor takes about 200 seconds to sample one instance of the quantum circuit 1 million times, a state-of-the-art supercomputer would require approximately 10,000 years to perform the equivalent task.”

While other researchers are cautioning against getting over-hyped on this news, Google’s researchers stand by their claim. “As a result of these developments, quantum computing is transitioning from a research topic to a technology that unlocks new computational capabilities.”

Lastly, science fiction may be right around the corner. One of Google’s sibling companies, Sidewalk Labs, is in the process of turning a large portion of Toronto’s Lake Ontario shoreline into a Smart City, a $3.9 billion venture that will require another $1.2 billion for a light-rail extension. The idea is to make this SmartCity completely hi-tech.

The light rail extension will connect the city to mass transit even before people could move in. The new neighborhood will include snow-melting streets to keep things clear for joggers, bikers, and the self-driving vehicles they expect to be tooling around the neighborhood. Wifi will be available publicly throughout and there would be sensors across the neighborhood to keep track of energy consumption, traffic patterns, and building use in which a software platform can easily analyze and manage. Welcome to the future!

Google has plans, big plans. Their innovations of today and tomorrow will have a direct effect on most of us. Some of these are exciting, but are we ready for them? Ready or not, here comes Google! 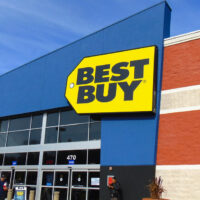 How Best Buy Survives In An Amazon World