It sounds like a strange internet rumor, but it’s actually true. Mark Zuckerberg, the co-founder of Facebook, announced that the company is changing its name. It will now be known as Meta, a reference to its new vision for the Metaverse. This is part of the company’s new plan for the future, which stretches beyond social media. The announcement was made at Facebook Connect, a conference exploring augmented and virtual reality.

The Metaverse is explained as being a virtual environment accessible by many different types of devices. The computing platform would be a place for work and play. They haven’t done a great job explaining what the Metaverse is, except to say that it’s where the company is headed. Since the announcement was made at a conference for augmented and virtual reality, it’s expected that Metaverse will use these technologies for their new computing platform.

“Today we are seen as a social media company, but in our DNA we are a company that builds technology to connect people, and the metaverse is the next frontier just like social networking was when we got started,” said Facebook CEO Mark Zuckerberg. “Right now, our brand is so tightly linked to one product that it can’t possibly represent everything that we’re doing today, let alone in the future.”

The social media website, Facebook, is expected to still be Facebook.com. However, the umbrella company, Meta, will be directing billions of dollars to Metaverse, its new huge project. Currently, the company’s stock ticker is FB, which is well-branded to the social media platform. However, as the entire company is changing its name, it will change its stock ticker to MVRS.

The company only announced that it had a team working on Metaverse back in July 2021, so publicly, this is still a new project. It’s unknown how long they’ve worked on Metaverse internally.

In addition to the public announcement at Facebook Connect, Mark Zuckerberg wrote a public letter addressing the name change. He said that Meta is a new chapter for their company, and the internet as a whole. His letter discussed the role and responsibility Meta sees going forward in the way the company shapes the internet. He foresees that Metaverse will reach a billion people over the next decade. The new computing platform will also host hundreds of billions of dollars of digital commerce if all goes along with Zuckerberg’s vision for Metaverse. He is making it sound as though Facebook is now almost a side project for Meta.

As far as the company is saying though, the leaked documents aren’t one of the reasons they’re claiming this new name. It has to do with their wider growth vision for Facebook into Metaverse and creating an umbrella with Meta that covers their different projects. This claim is certainly bold since it suggests a lot of confidence that Metaverse will be adopted and be a major success for the company now known as Meta. 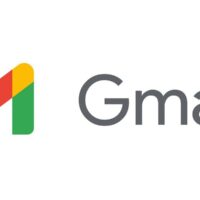