Elon Musk has made California his home for many years now, but it looks like the ultra-rich tech magnate is going to ditch the Golden State and head down to Texas. The Tesla CEO has put up his California homes on the market. Now, friends and associates are claiming that he is planning to pack up and move down to Texas. Why might the billionaire be headed to the Lone Star State? There are a number of good reasons to speculate why.

One of the most obvious reasons for the move has to do with state income tax. As a Californian, Elon Musk is being subjected to the highest state income tax in the entire country. Compare that to Texas which has absolutely no state income tax. It would certainly behoove the Tesla CEO to make his residence in Texas if he wants to retain more of his exuberant wealth. Musk could also be receiving over $50 billion in stock and awards. If he exercises the options attached to those rewards, he will have to pay income tax on them if he remains in California. In Texas? He will pay zero.

That is certainly a big motivating factor for Elon Musk to pull up stakes and head down to Texas. In fact, he has been planting those seeds for quite some time now. Tesla, SpaceX, and Boring Company all have offices in Texas. And it looks like Governor Greg Abbott has been getting pretty chummy with the tech giant. He recently revealed that Musk has obtained a Texas driver’s license, leading Abbott to call the billionaire a “bona fide Texan now.” It does not seem like this is a spur-of-the-moment decision.

What adds a fascinating wrinkle into this news is that Elon Musk does not seem to have a Texas residency yet. People who know him well even say that they are not quite sure where he stays when he is in Texas and that he keeps the details of those stays private. While it is not uncommon for the ultra-rich to keep their movements a secret, it does call into question exactly what the Tesla CEO’s plans are as far as actually living in Texas when he does decide to move there. It is assumed that he will purchase a house and that the announcement of it will signal his abandonment of California.

With Tesla opening up a new factory in Texas – which will be where the Cybertruck ends up being manufactured – it seems clear that Elon Musk wants to make the Lone Star State his new home. How deeply will this affect California? And could it mean an enormous boom for Texas’ economy? There are so many factors and variables to consider with this move that it is almost enough to make one’s head explode just trying to think about it. Hopefully, we will get some confirmation from Musk himself and we will see exactly how this landmark change of address could feasibly affect the entire future of the tech industry as we know it. 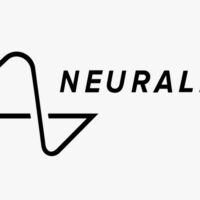 Neuralink: Elon Musk Will Let You Play Music In Your Brain