Black Friday has long been known for its doorbuster deals and stampedes of anxious and eager shoppers trampling over each other in search of great deals. For all the excitement and anticipation it generates around a certain group of consumers, it also represents something different to another group who see the exercise as a testament to excess. But this year, amidst a pandemic, Black Friday sales and holiday shopping looked different than usual, with people mostly staying home, many places turned their focus to online Black Friday deals instead of those in stores.

According to the Yahoo Finance report, Black Friday numbers saw a massive jump in online sales jumping 22% year-over-year compared to 2019 and hitting over $9 billion in sales. That level of increase isn’t all that surprising considering the general public’s shift toward more online purchases because of COVID-19 social distancing, as well as new rules around in-store shopping.

But people weren’t just logging on for deals on Black Friday. Many places started sales on Thanksgiving Day, even though most businesses were closed for the holiday. After folks were done piling down their turkey and stuffing, it appears they also got to shopping. When the two days were combined, sales actually topped $14 billion. Some of the biggest hits were of course video games and consoles, but also Barbies, Legos and Airpods, and HP laptops. It was especially a big year for tech hardware sales.

All of these Black Friday numbers were reported by Adobe and offer a number of other insights around consumer spending over the last month. Smartphones and laptops accounted for almost $80 billion in sales for the month. The 190 billion projection for the month, when it closes, will be up about $40 billion over last year. This trend makes sense considering the worldwide circumstances, but these numbers just hammer it home.

How these trends continue into the Christmas holiday have yet to be seen, but it stands to reason we will not see anything close to a slowdown and possibly even a jump from last year. Many stores even spread out their Black Friday sales throughout November, and could continue with major sales into December. With increased COVID cases and continued regulations in some states reducing gatherings and even store capacities, we should see the shift move further away from brick and mortar shopping.

Cyber Monday is even just a day away, with the traditional online shopping platforms set to offer their own set of wide-ranging and cost-cutting deals. Could we see another spike in purchases? It sure seems like it. Last year Cyber Monday saw $9.4 billion in sales, which is still the leader for the biggest single-day online sales in history. Even this year’s pandemic Black Friday couldn’t beat it. But we might be just another 24 hours from watching the record topple once again.

At this point, the trend really can’t go any other way. Online sales growth was always going to be the future, especially during this year’s Black Friday, but the pandemic may have just set the graph on a trajectory that much faster. 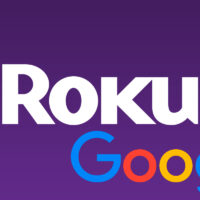