If you’ve been anywhere near social media in the past few weeks, you’ve almost certainly seen at least one of the so-called “ice bucket challenge” videos. Give or take a thousand. The idea is that the challenged has 24 hours to either donate $100 to ALS research or to record and post video of them dumping a bucket of ice water over their head (and then still donating some smaller amount as well). We’ve seen damn near every celebrity and pseudo-celebrity on the planet participate at this point, so it was really just a matter of time before the challenge reached J.J. Abrams and the cast of Star Wars: Episode VII.

Appropriately enough, Abrams was the first to stare into the icy face of charity, accepting a challenge from Steven Spielberg. The challenge was also somewhat close to home for Abrams, as his grandfather suffered from ALS. (He also challenged Stephen King, whose ice bucket video you can see right here.)

A few days later Harrison Ford fielded his challenge. He took his ice bucket like a man, and managed not to break any of his bones in the process. Well done, sir.

Isaac’s co-star Daisy Ridley faced her own ice bucket challenge in adorable and pleasantly accented fashion, and in the process she one-upped Isaac by challenging Mark Hamill, as well as Simon Pegg.

Luke Skywalker isn’t the sort to run from a challenge, so Hamill soon posted his own video, still sporting that epic Jedi beard of his. He also escalated things even further by challenging the entire rest of the Episode VII cast. Don’t fuck with Luke Skywalker, people.

But the reinvigorated Star Wars universe is about more than just Episode VII, so it’s only appropriate that director Gareth Edwards used his video to challenge his fellow Star Wars filmmakers Rian Johnson, Josh Trank, and Simon Kinberg. What’s more, he did it while standing in a Yoda fountain outside LucasFilm, for which we’re awarding him 10,000 bonus points.

You can find out more about the ALS Ice Bucket Challenge, and make your own donations, right here. And as for the rest of the Episode VII cast, the ball (of ice) is in your court. 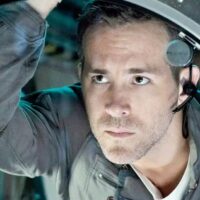