The other day Marvel gave us our first look at their upcoming Ant-Man adaptation, sort of. They released an “ant-sized” sneak peek at the upcoming trailer (or the upcoming “full teaser” as they’re calling it, whatever the hell that means), which was funny, but mostly just led to a glut of super fuzzed out blow-ups and lots of squinting. But now they’ve made it easier for fans and their eyesight by unveiling this “human-sized” version of the very same preview.

As you probably guessed, this being essentially a trailer for the trailer, there isn’t a ton here—the real deal drops on January 6 during the premiere of Marvel’s Agent Carter—but it gives you a few quick glimpses and sets the overall tone. I love Paul Rudd and will watch anything he does, and I know he’s done some more straight roles recently, but I’m really curious to see if I can take him seriously as a superhero. I know there is bound to be some humor, but when I see that shot of him looking super grim-faced and being escorted by the law… Rudd plays con man Scott Lang, who has to team up with his scientist mentor Hank Pym (Michael Douglas) in order to pull of a heist and keep Pym’s Ant-Man technology from falling into the wrong hand. There are, of course, people who want to use the tech, which can decrease your size but increase your strength, for nefarious purposes. It’s easy to imagine that official looking facility across the water has something to do with this. Maybe that’s Pym’s lab, but who knows at this point. …and Corey Stoll’s Darren Cross, though without the gadget-heavy Yellowjacket get-up we saw in that image that came out the other day. Directed by Peyton Reed, who took over the helm after Marvel and Edgar Wright (Shaun of the Dead) had that very public split a while back, Ant-Man also stars Bobby Cannavale, Michael Pena, Judy Greer, Wood Harris, and more, and hits theaters everywhere July 17, 2015. 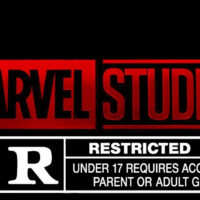