Marvel Screened Guardians Of The Galaxy For Rocket Raccoon’s Creator 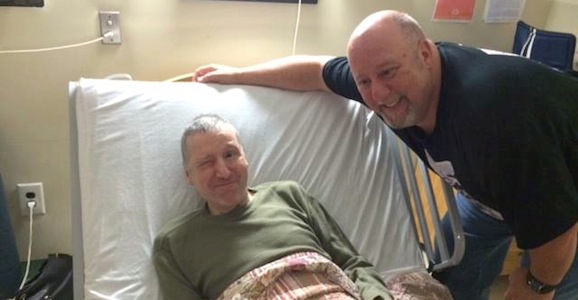 Marvel’s Guardians of the Galaxy might be a big-ass hit, but it is also a passion project for many of the people involved. You don’t have to look any farther than writer/director James Gunn’s heartfelt letter of appreciation to all of the fans who went to see the movie over the weekend to see how much this means to him. But he’s not the only one this means a lot to. Over the years, many people have poured their heart and soul into various Guardians arcs, including Bill Mantlo, who created Rocket Raccoon, destined to be the break out character of the summer. Health reasons prevented him from being able to attend the premiere of the film, but Marvel staged a private screening for him.

A legendary writer at Marvel, responsible for runs on the likes of The Incredible Hulk, The Amazing Spider-Man, Fantastic Four, and many more, was hit by a car in 1992 while rollerblading. Suffering damage to the left side of his brain, he has been forced to live in an adult care facility with the help of his brother, Michael, ever since. Confined as he is, he was unable to see the smart-mouthed, heavily-armed anthropomorphic raccoon he created make his big screen debut. But when he was finally able to see this incarnation of his character, in the comfort of his own room, he gave it his rousing endorsement.

The Bill Mantlo Facebook group released this message from Michael:

What an incredible day for Bill Mantlo! Marvel hooked Bill up with a private viewing of Guardians Of The Galaxy, and my wife Liz and my beloved cousin Jean assisted Bill throughout, enabling him to sit back, relax and relish in the awesomeness of what is going to be, in my humble opinion, Marvel’s greatest and most successful film ever! Bill thoroughly enjoyed it, giving it his highest compliment (the big thumbs up!), and when the credits rolled, his face was locked into the hugest smile I have ever seen him wear (along with one or two tears of joy)! This was the GREATEST DAY OF THE LAST 22 YEARS for me, our family, and most importantly, Bill Mantlo!

This is especially heartening to hear because there have been tons of rumors and reports making the rounds regarding Marvel’s poor treatment of Mantlo and co-creator Keith Giffen. But despite all of these rumors, Michael Mantlo said in a recent interview that he thinks the comic book giant has fair and generous when it comes to the rights to the character, and have even contributed to his brother’s bills.

Despite his medical condition, Mantlo was able to enjoy seeing Rocket Raccoon and his strange collection of cohorts blast across space and have all kinds of crazy adventures. This is the kind of story that illustrates just how much movies can mean to people, and reminds all of us why it is we do this in the first place.

If you would like to contribute to help cover Bill Mantlo’s medical expenses, click HERE to make a donation online, or you can send checks, letters, and well wishes to Michael Mantlo at: 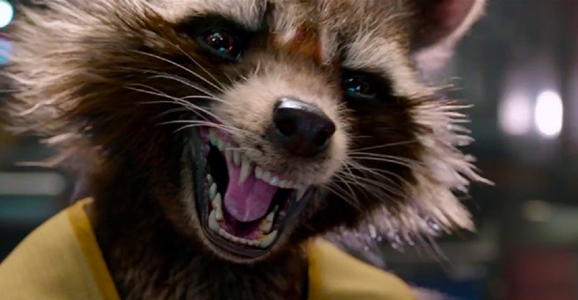