As a huge fan of TV in both a professional and recreational sense, I do enjoy when movies and series use the medium itself as a storytelling conduit. Jamin Winan’s latest film, The Frame, is one of the most unique and unpredictable flicks to center its narrative on the idiot box, and easily steps past a few plot problems to become a moving mystery of connections, aspirations, and, perhaps, existential insanity. It’s best to go into The Frame with as little information as possible, but I promise to keep things as spoiler-free as possible.

David Carranza plays Alex, a cartel thief whose skill set usually involves robbing eighteen-wheelers full of goods. Alex works with a gang of other criminals, but doesn’t really have a kinship with any of them, and his intentions on leaving his life of crime behind prove difficult. He lives alone inside of an apartment that is in a constant state of being packed up. And then there’s his TV…

Tiffany Mualem plays Samantha, a paramedic whose warm smile is a constant cover-up for her tainted past. Her EMT partner always seems to try and keep the mood light, but Samantha starts having bigger problems. And a lot of them involve her TV…

At some point, Alex and Samantha become aware that they’re able to communicate with each other through their televisions, which has far more complications than your average Skype session. They each deal with this newfound discovery in different ways. Alex regresses further inside himself and his family’s past, while Samantha sees a therapist whose face is always blurred out. But it eventually becomes clear to them both that they can only find help from each other to figure out what kind of malevolence is responsible for their current situation. Writer/director/composer Jamin Winans is perhaps best known for the visually splendid sci-fi fantasy Ink, which remains underseen even among genre fans. He’s a filmmaker who obviously doesn’t allow boundaries to appear as such, creating original stories in fully realized universes that very rarely wear their budgets on their sleeves. The Frame has its fair share of CGI trickery, but it’s almost always in the background, as Winans never lets this narrative stray from its dual focus on Alex and Samantha, even when the third act arrives and changes everything.

And what a doozy of a third act. There are quite a few reveals that play out across The Frame‘s running time that truly shocked me, and in ways that felt far removed from Hollywood’s brand of plot twists. For these aren’t really twists, per se, but just new and fascinating bits of information, presented in non-pandering ways. And it’s all interesting.

The Frame isn’t a perfect movie, but I can’t really explain why not. There are some heavy-handed moments involving Alex’s emotional center, but they’re few and far between. I guess some people looking for constant suspense and intrigue may be disappointed, but they shouldn’t be looking for that here anyway. Found here are solid performances from the two leads (and others), a story that combines heart and humanity in a unique way, and a visual style that genre films don’t often utilize.

In a time when the biggest science fiction films of the year are blatantly predictable blockbusters like Godzilla and Guardians of the Galaxy, remember that movies like The Frame are still here to make you question everything. You can currently find The Frame on iTunes and other VOD outlets. 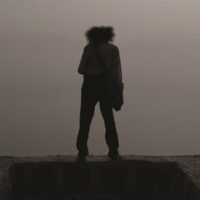 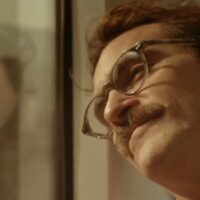 Movie Review: Her Is A Bittersweet Love Story For The Ages 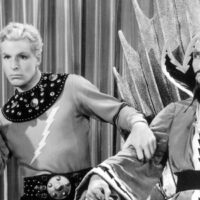