Warner Bros. may be busy setting up ambitious plans for a cinematic movie universe to compete with Marvel, but in the meantime I’m considerably more interested in the small-screen version being constructed by The CW’s Arrow and The Flash. In addition to the two title characters, the shows are introducing a steady stream of DC characters who have rarely (or never) been realized in live action, including Ray Palmer/The Atom, Wildcat, and Firestorm. Now it seems that another obscure but beloved DC staple may be time-warping his way onto your TV screen.

Greg Berlanti is one of the most important architects of DC’s TV invasion, serving as executive producer on Arrow and The Flash, as well as on CBS’ Supergirl pilot. (He also co-wrote the Green Lantern movie, but his CW series have redeemed him for that misstep in my opinion.) A few years before he helped make The Flash a huge hit for The CW, he was trying to get a series up and running focused on the semi-obscure DC character Booster Gold. Syfy passed on the project, and without any other takers it was shelved. Now, however, Booster might get a second chance at life courtesy of The Flash. DC Chief Creative Officer Geoff Johns recently told MTV News:

There’s no rights issues and quite honestly Andrew [Kreisberg] and Greg have a great Booster Gold script. And Booster Gold’s a beloved character, so I would say chances are good [he will appear].

For those unfamiliar, Booster Gold was created by Dan Jurgens and first appeared in Booster Gold #1, way back in February 1986. Hailing from 25th century Gotham City, he was a football hero until a gambling scandal ended his career and tarnished his reputation. Taking a job at the Metropolis Space Museum, he borrowed a page from The Doctor and stole a time machine, traveling back to the 20th century. Using a force field belt and flight ring (both also stolen), Booster set himself up as an honest-to-gosh superhero — one more interested in self-promotion than saving the day, at least at first. In more recent years, Booster had found his true inner hero and become more than just a punchline for his super-powered peers. (He even earned Batman’s respect, which is no small thing.)

Given that The Flash has already hinted that it will feature time travel elements, Booster would be a perfect addition to The Flash’s expanding cast of characters. And if he’s portrayed as the egotistical gloryhound he started his career as, I can definitely see him butting heads with the earnest and pure-hearted Barry Allen/Flash. Now if we could just get his BFF Blue Bettle into the equation…

The Flash airs Tuesdays at 8/7c on The CW. You can check out Booster in action below, in an episode of Justice League Unlimited. 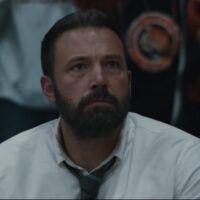