This Divergent Series: Insurgent Trailer’s Biggest Enemy Is Itself

If you’ve already seen The Hunger Games: Mockingjay—Part 1 a bunch of times and are wondering how you’re going to make it through the next year without your teen dystopia fix, never fear, what you need it right around the corner. The Divergent Series: Insurgent, the adaptation of the middle chapter in Veronica Roth’s young adult trilogy, hits theaters in March, and Summit Entertainment dropped this intense new trailer to help get you through the coldest months.

The action of Insurgent picks up after heroine Beatrice “Tris” Prior (Shailene Woodley) and Four (Theo James) escape from their post-apocalyptic Chicago home and the oversimplified social structure that pigeonholes everyone based on a single personality trait. But wouldn’t you know it, the evil Jeanine (Kate Winslet) is back and at it again. This time she’s found an artifact, some kind of mysterious box of mystery she can’t open, that, knowing her, is probably a weapon or other tool she can use to wipe out those pesky Divergents who think they can walk around being different from everybody else. War looms, sides are being chosen, and there’s an excessive amount of running, jumping, and shooting going on in this trailer.

Jeanine seems to think one of the Divergents can open the box, so she’s experimenting on all of them (there appears to be way more of them in Insurgent than the first film). What do you want to bet Tris is the one who can coax it open? They’re definitely setting her up as the chosen one, as the messiah figure. It also looks like they’re going to spend a lot of time harping on the unknown nature of the box, which is going to rub some people the wrong way.

In addition to being way more Divergents that we remember, it also looks like the Factionless have a larger role this time out. In the first film, they’re basically just homeless people with no place to belong that wander the street. Here it looks like there is much more going on than you expected, like they have their own resistance going on, and when the their forces team up with Tris and her posse, Jeanine and her coalition better watch out.

I haven’t read the book, and don’t know the specifics of the story, but this trailer looks like it gives a way kind of a lot. It starts out with Tris being hunted and trying to fight back, which seems like a big piece of the movie, but by the end of the two-and-a-half-minutes, you know that she’s been captured (though I could see her nobly sacrificing herself and surrendering) and is being experimented on. Hopefully there’s more going on, but that’s a big chunk of story. I guess I’ll have to wait and see on March 20, 2015, when The Divergent Series: Insurgent opens in theaters.

One last thing, maybe it’s Roth, maybe it’s the filmmakers, but these movies have a serious train fetish going on. There’s been a great deal of climbing on to, leaping off of, and jumping in front of moving trains thus far in the series. That’s all, just an observation. 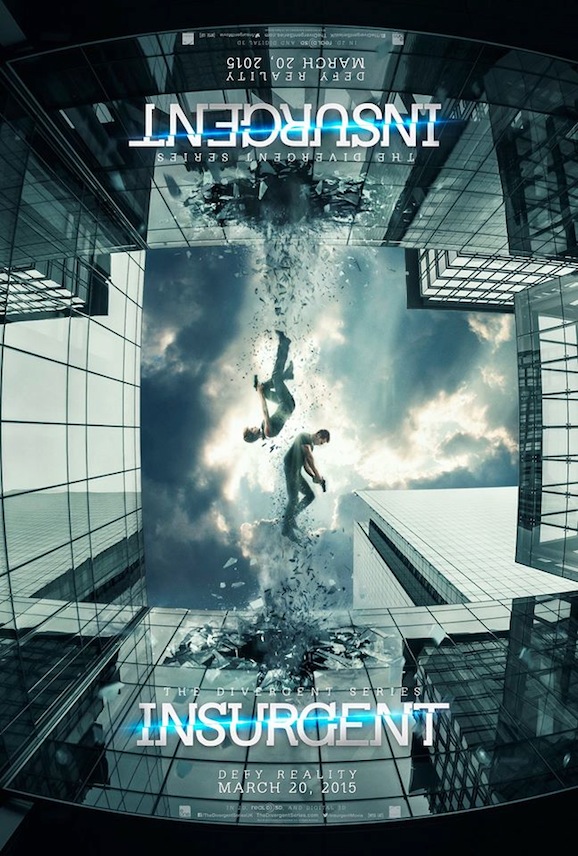