This Divergent Series: Insurgent Still Runs Through The Wilderness With the second to last Hunger Games already in theaters, the next title up in the lucrative dystopian young adult market is the adaptation of the second book in Veronica Roth’s Divergent trilogy: The Divergent Series: Insurgent. Lionsgate has unveiled the first still from the film, as well as set a release date for the next trailer and signed a director for the third chapter.

First up, this photo shows heroine Beatrice “Tris” Prior (Shailene Woodley with her newly trimmed hair), the hunky love interest Four (Theo James), and Tris’ brother Caleb (Ansel Elgort), running through the woods, guns in hand. Insurgent picks up after Tris and the others flee their home in post-apocalyptic Chicago and the oversimplified society where everyone is divided based on one of five personality traits. In this follow up, war looms, sides are being chosen, and Tris must continue to discover what exactly makes her so dangerous to those in charge, as well as what makes her so powerful.

Divergent was popular with audiences, though nowhere near as massive as any of The Hunger Games movies (then again, there aren’t many movies that can match those). The much lower budget teen dystopia The Maze Runner actually recently overtook the film in terms of box office earnings (The Maze Runner also garnered many more positive reviews for whatever that’s worth).

We’ve already seen one short teaser trailer for Insurgent, full of surreal, dreamy imagery, and the studio just revealed that the first full trailer for the film will appear later next week, on Friday, December 12. If you haven’t watched it yet, check out the earlier look. I haven’t read the book, so I’m not sure exactly what’s going on, or how it fits into the larger story. My guess is that this is another of those journeys into Tris’ mind like we saw in Divergent, and that what she finds there will have great significance to her quest.

Robert Schwentke (RED, The Time Traveller’s Wife) took over the directing duties on this film from Neil Burger, who helmed the first installment. He must be doing something right in the eyes of the studio, as Variety reports that he has signed on to direct the next film. Like with most YA adaptations these days, the third and final book, Allegiant, will be split into two movies. Right now, Schwentke is only linked to the first, Allegiant—Part 1, so we’ll have to wait and see if he sticks around for the grand finale or not. 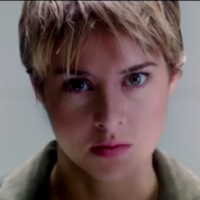 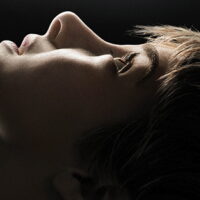 The Divergent Series: Insurgent Offers Hope, War, And Peace In These Motion Posters 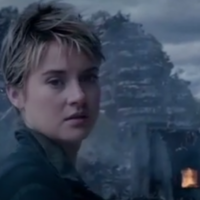