Ever since networks like HBO, AMC, and FX became serious power players on the TV landscape, it seems like every other network on the planet is getting into the game of original scripted programming. Then Netflix and Amazon stepped into the fray, opening the door for things like Yahoo’s acquisition of Community. Well, at the rate things are going I’m just waiting for the day Home Depot announces their first original series, or maybe Charmin. We’re not quite that far down the rabbit hole, but we have reached the point where file-sharing platform BitTorrent is releasing a new science fiction series called Children of the Machine. Here’s the first poster. There’s not a whole lot of info about Children of the Machine available at this point, but the show’s Facebook page says it was created by Marco Weber and Jeff Stockwell, and produced by BitTorrent and ‘ConTV. Apparently the one-hour pilot is currently in the pre-production and casting stage, and further details will be posted to their Facebook page in coming weeks, including “the synopsis, cast, artwork, and stills from the set.” Well, it’s got a swanky poster at least…

DigitalSpy quotes the director — although they don’t actually name him, so I’m guessing it’s either Weber or Stockwell — as saying, “This is a science fiction show catered to the typical tech-savvy, male-dominated audience. We’re not trying to launch a romantic comedy, so the concept of this show moved us toward BitTorrent.” Yup, no concrete information there either. Are we sure J.J. Abrams isn’t behind this damn thing?

One thing we do know is that the Children of the Machine pilot is targeting a release in late 2014 or early 2015 — given that it’s already late 2014, I’m betting on the latter. Similar to what Amazon has done with their “Pilot Season,” the pilot episode of CotM will be available for download from BitTorrent and then users can chose whether or not to subscribe to the full season’s worth of episodes.

Honestly, even though we know very little about it at this point, I’m already excited about Children of the Machine simply because it’s part of a huge upswing in science fiction TV development that’s happening right now. Unbelievably, Syfy is leading the charge with adaptations of The Expanse, Old Man’s War, Childhood’s End, and many others, not to mention original sci-fi series such as Ascension and Killjoys. Netflix has got Sense8, a new series from the Wachowskis and Babylon 5 creator J. Michael Straczynski. HBO has a new Westworld series in the works, as well as an adaptation of Isaac Asimov’s Foundation books. Honestly, even if only half these shows prove to be good, sci-fi TV will be in dramatically better shape than it has since in ages, and that’s exciting as hell. 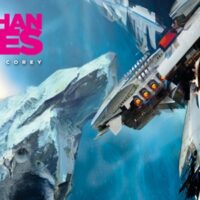 Children of Men Writers Adapting The Expanse Series For TV 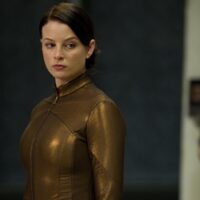