And here is the most geektastic thing you will see all day (and yes, I hate myself a little for using that term, but nothing else seems to capture the precise nerdiness of this photograph). Just in case you forgot what huge dorks both Joss Whedon and Nathan Fillion actually are, here’s a photograph of the two of them fighting with lightsabers, just for the hell of it. We don’t know exactly why this picture exists, or what the context of this particular duel is, but you know what? None of that matters, not a lick. What’s important here is the fact that Joss Whedon has a lightsaber, Nathan Fillion has a lightsber, and that they’re battling back and forth with them. There’s not much more that needs to be said about this image. Just sit back and enjoy, wish you were a fly on the wall, and pray for it to go the distance.

Writer/actor/director/producer Brian McElhaney, who appeared in Whedon’s Much Ado About Nothing (as well as the under seen flag football comedy Intramural), posted this photo on his Facebook page and proceeded to make every geek out there in internet land jealous. After all, wouldn’t you love to have these two over to your house and have a spontaneous lightsaber brawl break out in your living room? That is certainly living the dream.

The picture arrived with the caption: “I’m currently watching Joss Whedon and Nathan Fillion have a lightsaber battle. I felt it important this photo be shared.” This is indeed an important document that needs to be shared and preserved for the good of all humankind. We hope that McElhaney, who just became the most hated and envied man in all of geekdom, is having a good time, it certainly looks like fun to us.

Whedon also appears in this short film The Coach with McElhaney and his comedy partner Nick Kocher, who go by the name BritAnNick. The Avengers director plays a bathroom coach, which is exactly what it sounds like, he teaches people how to properly utilize the facilities, though sometimes he may or may not be a bird. And you though your job sucked. 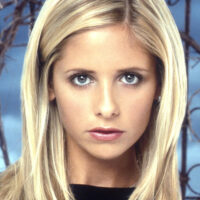