When you think about Toyota Motor Corporation, what comes to mind? Actually, let me narrow that down for you. When you think about what a Toyota Motor Corporation manufacturing plant looks like, what do you imagine? Probably lots of conveyor belts and industrial robots putting pieces of cars together. Most automotive plants look like that, and most of us know, robots are predicted to continue replacing humans in these types of jobs, among others. But not at Toyota. The world’s biggest car manufacturer has recommitted to a human workforce, even if it means a short-term dip in sales.

Toyota president Akio Toyoda has begun to put humans in jobs recently held by robots, such as metalworking. Having robotic workers devalues craftsmanship, and in Japanese culture, master craftsmen, known as Kami-sama, used to be revered, as it seemed they could make anything. Toyoda wants to revert to that system, enabling his employees to develop skills that will ultimately improve production.

Given the car manufacturer’s recent recall of nearly 7 million cars, it’s clear that the company could use keener eyes when it comes to production and performance. Employees who simply help machines do most of the work don’t actually learn anything, they disengage from the task and rely on the automated system.

Toyoda believes that employees need to “struggle and learn” in order to develop the insights needed to make real improvements and innovations in the industry. Throughout Japan, Toyota has nearly 100 workspaces designed for this purpose. Many of the lessons the human workers learn also translate to the machines. The human knowledge leads to the reprogramming and updating of automated system to improve performance.

In a plant where humans work metal into crankshafts rather than having the machines do it, they’ve reduced the amount of waste and scrap metal, as well as shortened the production line. Often, advances achieved by human knowledge and experience result in such cost savings, which is one of the main arguments against the employment of robots. Ultimately, Toyota believes that it can reduce manufacturing costs by 30%.

The move reflects values shifting from quantity to quality, or at least, more quality in that quantities. Toyoda is freezing expansion of the company for 3 years, vowing not to open any new plants as they transition to a more human-centric workforce. While some think this may hurt in the short run, ceding valuable territory to other automobile manufacturers, particularly those from China, Toyoda believes in the long-term benefits and makes it clear that Toyota remains committed to producing 3 million vehicles per year at its Japanese plants. 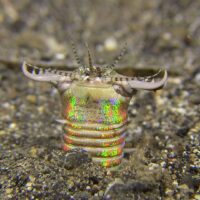