If you could time travel to any period, when would it be?

There are so many events I’d like to see — who would turn down the Renaissance? — though actually living in those times maybe wouldn’t be so awesome. Even before Game of Thrones, the Middle Ages would be out for me. It’d have to be a time when sewage existed, really. The 1920s would be pretty fun — the whole flapper/speakeasy thing would be a good time. I’m kind of bummed I missed the 1960s. I would definitely be curious about the future, but where in the future would I jump? It’s hard to say, and after watching Futurama, I’m kind of scared to find out.

But I could find out. All I’d have to do is meet the time traveler who left this note in a coffee shop: This note was found by a Redditor who, while visiting his local coffee shop, opened a small drawer under his table. Unlucky13 was then promptly pulled into another dimension…or maybe he just found a note. Either way, that’s probably the best trip out for coffee ever.

Just what do you think you’re doing, Dave?

Don’t you know HAL isn’t going to help you? If he hasn’t vented all your oxygen into space, he’s probably on his way to kill off your grandparents so you never existed.

Nonetheless, someone named Emily stepped in help poor Dave. It’s unclear what form that help would take, but she seems confident. But Emily had some trouble. A flux capacitor thing, apparently. I wasn’t convinced Emily had a sound plan. Luckily, Nick has stepped in. “You are not forgotten,” he says. Yeah, but Dave might be stuck in 2013 forever! Then, a twist — it seems Nick has indeed succeeded and brought Dave back to the future. But either Nick’s stuck there or has had flux capacitor problems of his own, or perhaps 2278 is a utopia where robots do all the hard labor and also feed grapes to humans while we lounge around beaming ourselves into video games — either way, Nick is totally outta here. And his granddaughter’s pretty pissed because, if he doesn’t come back, she’ll never have been born. And if there’s anything the future has taught us, it’s not to incur the wrath of those who never existed. 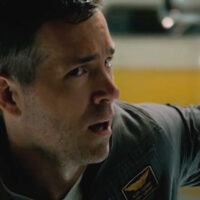