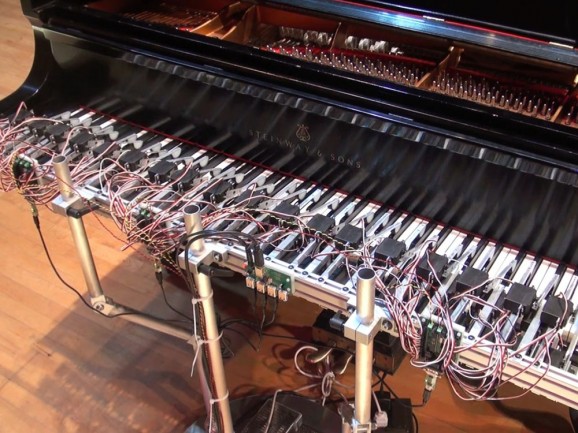 Today’s goal: get my mind and yours off Robin Williams. A daunting task, but if anything’s up to it, it’s science and tech. But no aliens, not today. But how about a piano-playing robot? We’ve featured musically inclined robots before, like these headbangers, these Brooklyn hipsters, and this awesome Lego machine. But this robot’s approach to tunes is a bit different — it uses the shapes of clouds to dictate what it plays. That even sounds like something a real musician would do.

Artist David Bowen specializes in kinetic, robotic, and interactive sculpture. He’s made all kinds of awesome stuff, such as a revolver that follows the movement of houseflies and fires at them (it beats using chopsticks), and a device that uses leaves to collect and draw wind. “Cloud Piano” is a more elaborate version of an idea he debuted in a project called “Cloud Tweets” that converts video of clouds to the pressing of keys on a keyboard, up to 140 characters. Bowen is very interested in the union of nature and technology, and often invents devices and machines that either mimic or receive input from natural processes. 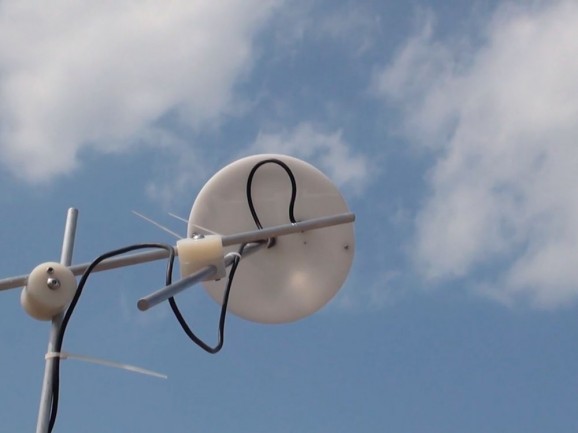 For “Cloud Piano,” Bowen captured videos of passing clouds, which he then divided into 88 sections, one for each piano key. As the clouds move, the machine plays the key that corresponds to the section of sky they pass through and holds it for however long the cloud stays in that section. The speed of the clouds’ movement dictates the speed of the piece, as well as the number of notes played. Bowen devised the machine to capture the mood of the clouds as well — if the clouds are headed in one direction, the music might have a cheerier sound, but if the wind suddenly shifts and changes direction, the mood of the piece will shift too, ominously. 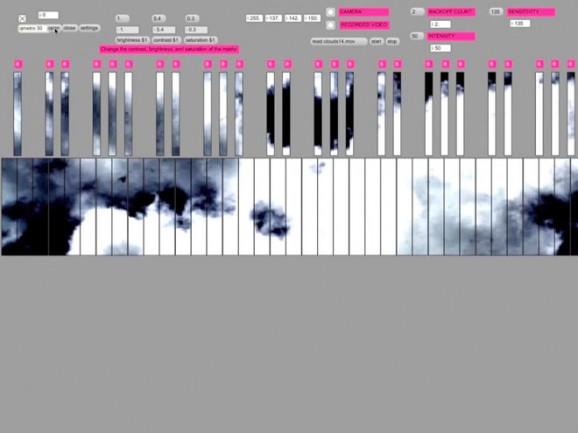 Similarly, the whiter and denser the cloud, the louder the tone. The wispier the cloud, the quieter. The end result probably looks cooler than it sounds. It’s not like a toddler banging at the keys, but there’s also a notable randomness to the music, which makes sense given that the clouds aren’t all that concerned with lining up to produce melodies. Bowen confirms that the project is more sound installation than music, especially because we have to give up any notion of dictating the sound and take whatever the sky offers.