Mars’ First Settlers? Meet The People Who Want To Move To The Red Planet Permanently

If you’ve been reading GFR for a while, or any science- or space-related publication, you’ve likely heard of Mars One, a Dutch non-profit organization that plans to establish a permanent human settlement on Mars. Four rigorously vetted applicants will launch in 2022 on a mission to become the first permanent residents of the red planet. And by permanent, I mean permanent — this is a one-way mission. These folks aren’t coming back.

Like everything else nowadays, their travels and travails will be documented in a round-the-clock reality television program, but unless things go very wrong, no one will be kicked off the island.

Mars One started accepting applications in April and the deadline is August 31. If you’re on the fence about whether you want to go to Mars forever, it’s time to decide. The selection process will last two years and will involve medical clearances, interviews, a televised national selection round, and a televised international selection round. Ultimately, 24 people will be picked and divided into six teams of four to start preparing for their new life on Mars. One team will leave for Mars in the fall of 2022, with the other teams on-deck for their trips. By then, hopefully the radiation-preventing deflector shields will be in place.

In the first month, over 20,000 people applied for a one-way ticket to space-fame. That number is now up to 100,000. Mars One outlines five key characteristics of an astronaut: resiliency, adaptability, curiosity, ability to trust, and creativity/resourcefulness. Applicants have to be at least 18, and if they make it to the final round, they will be expected to interview in English.

One of the features I enjoy the most about this project is that information about the applicants is available on Mars One’s website. In a glance you can see what the applicants look like, where they’re from, how old they are, as well as how many people have viewed their profile and what their popularity rating is. While it’s impossible to know if the judges will be swayed by the public’s ranking of the applicants, this is the part that reminds us about the reality-show aspect of the project.

So, what sort of people would apply to leave Earth behind forever?

A 33-year-old Romanian with the handle MarsMan who knows that his “place is there, between the stars.”

Twenty-five-year-old Oksana from Russia has always dreamed of colonizing other planets and doesn’t use her sense of humor on “fragile” people.

Like on Amazon, viewers can sort the applicants by views, popularity, or rating. Currently at the top of the ratings is 25-year-old American Ashley. She sees this as her chance to fulfill her lifelong dream of going to space and believes in the mission of populating other planets.

Thirty-year-old Kathryn from Azerbaijan, who serves in the U.S. Navy, speaks articulately about the opportunity, but let’s hope the judges don’t take points off for lack of eye contact.

Willard, a 36-year-old electrical inspector from the Philippines, calls himself a “joker” who can “control himself psychologically.” Thumbs up on that one. He wants to help the human race save itself, for which he gets another thumbs up.

One thing I find interesting is how many women there are compared to men, at least at first glance and when the applicants are sorted by ranking. I would think, then, that none of these women are pregnant, nor expecting or wanting to get pregnant anytime soon. That would be a twist worthy of reality television, wouldn’t it? I don’t know if affirmative action is a consideration when it comes to astronaut selection, but it’s good to know that there’s some diversity among the applicants. Space doesn’t discriminate!

Another thing that strikes me is how seemingly normal these people are. While it doesn’t surprise me that 100,000 people would apply, I have to wonder how many of them would honestly go to Mars if they were chosen. It’s such a cool idea, and it’s a great project to be able to say you’ve applied for, but the reality of leaving Earth and all the Earthlings you love forever is another story. I look forward to following the selection process to see who will earn a seat on the $6 billion mission. 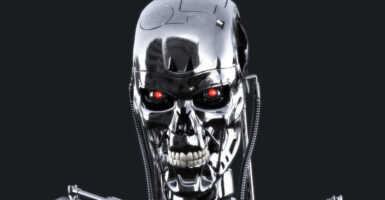