IBM’s Watson Is Also A Machine In The Kitchen 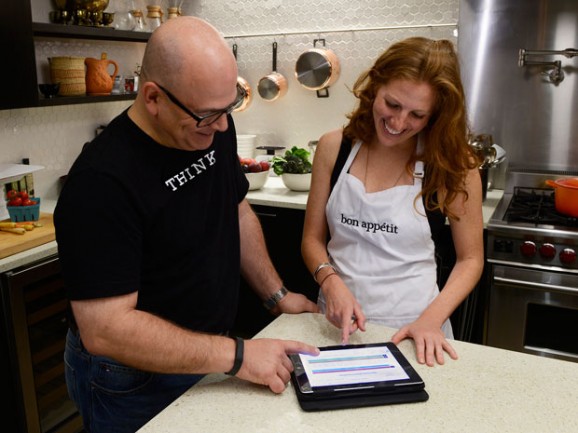 IBM’s Watson is an impressive machine. In addition to kicking some major ass on Jeopardy, Watson has also directed its profound intelligence—or at least, ability to compile and analyze information—toward curing cancer, helping countries in Africa devise better systems for farming, education, and health care. Now, the machine’s got a new hobby: cooking. Or perhaps more accurately, creating new recipes.

Bon Appetit has partnered with IBM to test Watson’s meddle in the kitchen. It makes sense—as much as cooking can benefit from inspiration and innovation, there are unlikely combinations of foods that produce taste and texture results that those of us who aren’t chemists or molecular gastronomists might never be aware of. For those of you who watched House, remember when Dr. House took up cooking as a hobby to distract him from gobbling pills? He was amazing at it, because, well, because he’s amazing at everything, but also because of his precise scientific mind. And something tells me not even House can keep up with Watson, if only because Watson can keep all 9,000 Bon Appetit recipes it scanned while learning about culinary compounds and mixtures stored in its data banks.

Watson’s gastronomical brain includes the recipes as well as a database of flavor compounds compiled with help from chefs at New York City’s Institute of Culinary Education. Watson can synthesize this knowledge to come up with new recipes that borrow information from each of those wells. Sure, you can go to All Recipes and search for dishes that use certain ingredients, but chances are you won’t find anything particularly inventive there. The point of this task is to create new pairings and combinations that would taste far better than the ones my brother and I would make when we were little kids trying to reinvent lunch. Watson’s brain is even called an “inspiration database” and can combine recipes, make ingredient substitutions, or alter cooking methods in order to deliver a bunch of recipes.

To make sure that it’s not just offering a hodge-podge of food, Watson conducts flavor compound analysis, from which it can deduce specific taste outcomes and the popularity of those flavors by searching for similar ones in its recipe database and comparing reviews of the recipes. The originality of recipes can also be easily tested—anything not in an existing recipe should have something new to offer. Once Watson creates a recipe, an actual chef tries it out so see how it fares in real life. Sure, Watson can’t take restaurant ambience, memories, or company into account when it devises recipes, but humans have to be responsible for something, right?

Watson created recipes for the fourth of July, as well as for food trucks, and you can read a great account of what it was like for a chef to follow Watson’s somewhat baffling recipe (namely, to somehow use flour in the making of cole slaw, and marjoram in the baking of a berry cobbler). You can also apply to be a beta taster for chef Watson (I just finished submitting my application, so who knows—maybe a future post will detail my own culinary adventures with AI). While some of the recipes Watson comes up with have an overwhelming number of ingredients, the chefs were indeed pushed to think creatively while crafting their dishes, which is the whole point. I’ll draw the line when I see Watson on Top Chef.