Ten years might not seem old, but for a rover that was only meant to conduct a three-month-long mission, a decade is milestone most scientists thought the Mars exploration rover Opportunity would never see.

Opportunity launched in July of 2003 and landed on Mars on January 25, 2004, three weeks behind its twin rover, Spirit. NASA sent the two rovers to kick off a long-term robotic exploration on Mars, largely focused on gathering information that would shed light on the presence of water on the Red Planet. NASA chose two sites on either side of the planet, both of which were thought to have contained large quantities of water at some point in the past. Spirit landed on January 3, 2004 in Gusev Crater, which may have housed a lake long ago, and Opportunity landed in the mineral deposits of Meridiani Planum.

Both rovers landed successfully and began driving to geological targets pre-selected by NASA scientists, filming and taking measurements with spectrometers and other micro-imaging tools along the way. Each rover was to cover roughly 40 meters of Martian terrain each day, for a grand total of a kilometer at the end of the three-month mission. Both rovers far exceeded that goal.

In May 2009, after having roamed nearly five miles on Mars, Spirit got stuck in some soft Martian soil, constituting an “embedding event” for NASA. NASA spent the next eight months trying to figure out how to get the rover unstuck, eventually programming Spirit to try and drive itself out of the muck much the way I’ve been trying to dislodge my car from piles of snow, slush, and ice lately. But there are no tow trucks on Mars, nor are there helpful friends and neighbors with snow shovels, and in January of 2010 NASA had to admit that Spirit was probably stuck for good. Spirit tried to do what it could from its spot, but on March 22, 2010, Spirit ceased communications. NASA attempted to rouse the rover for over a year, but Spirit’s spirit had gone to wherever robotic spirits go. But Opportunity is still chugging away, having now covered over 20 miles of Martian landscape. Back in 2005 it discovered the first meteorite ever found on another planet, and it continues to uncover all kinds of awesome information, as well as some baffling discoveries such as the mysterious rock that’s been making headlines lately. Recent publications indicate that the rock samples obtained by Opportunity have confirmed that Mars used to be a wet world, and that its climate was milder than previously thought. The rock samples also indicate that Mars is older than initial estimates projected. Those old rocks “reveal more favorable conditions for microbial life than any evidence previously examined by investigations with Opportunity,” says Ray Arvidson, Opportunity’s Deputy Principal Investigator.

On its tenth anniversary, Opportunity is busy checking out Endeavour Crater. Meanwhile, the Curiosity Rover is hard at work on the other side of the planet. Opportunity continues to be healthy, with no real fluctuations in functioning over the last year. It still carries out instructions given to it each day by NASA. Opportunity will keep exploring Mars as long as it can, by which time it will have earned one hell of a retirement package. 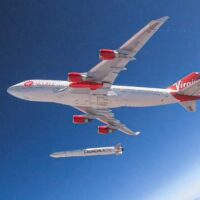