Kickstarter is being used to fund all manner of movies, projects, and schemes that were, before this platform, completely out of reach. Thankfully for wingnuts everywhere, you can now go online and make your case directly to the public. Some ideas are good, some are bad, and some — like this latest plea to crowdfund remote-control cockroaches — are just plain creepy and weird.

After many iterations and revisions, these guys from Michigan have developed what are essentially little mech backpacks, called RoboRoach, that you stick on cockroaches. Yay, science. They stimulate the insect’s sensors, allowing you to steer them using your bluetooth-enabled smart phone. That’s right, now you can get an app that lets you drive around a goddamned bug.

Why remote-controlled cockroaches, you may ask? Well, first off, haven’t you always wanted your very own cyborg? A tiny little robot friend? I know I have. This gives you that opportunity. Second, and most importantly to the developers, this process is similar to technology that is currently being used to treat afflictions like Parkinson’s Disease and deafness using cochlear implants. By their logic, the more, and younger, people who have access to this tech, the sooner it will kick off what they call a neural revolution.

They’re already fairly close to their goal of $10,000. With more than 20 days left, they’re only $3,000 away from success. The funds will be used to get volume discounts on parts (instead of dismantling a toy each and every time they make a prototype), produce educational materials to jumpstart their revolution, and to continue to develop and refine RoboRoach. From the video you can see the strides they’ve already made in reducing the size.

Don’t worry, the RoboRoach is totally unobtrusive and won’t harm your little insect pals. It isn’t a shock, just a gentle stimulation, as if they were coming up to a wall. And after you’re done running your roach hither and yon, you simply remove the device and he’s free to do what cockroaches do, no harm done. 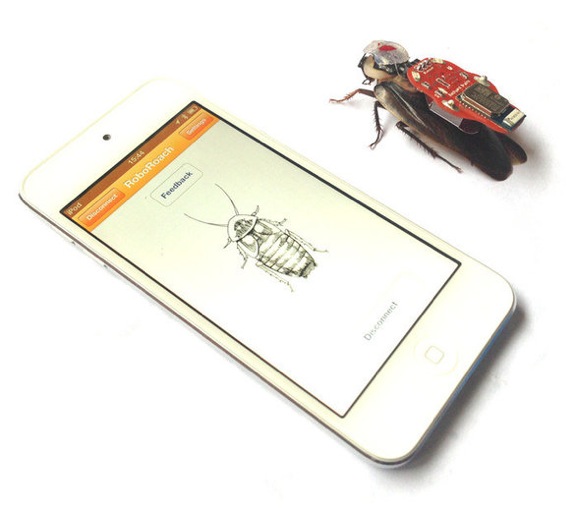 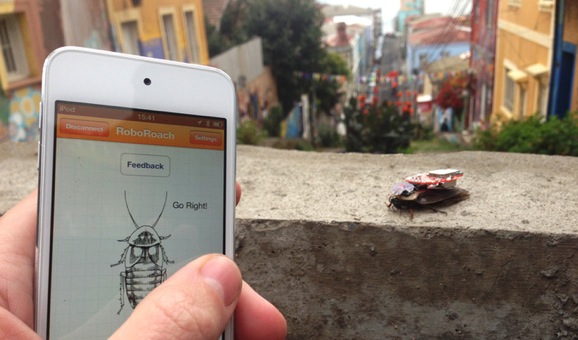 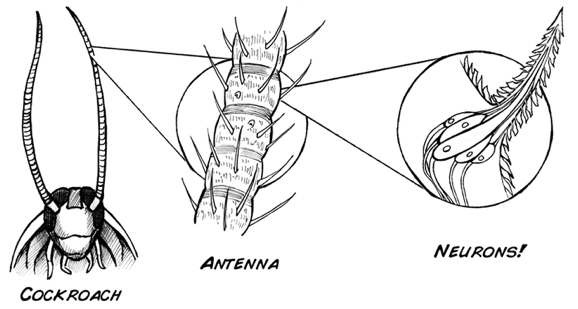