Spider-Man: Miles Morales is officially coming to PC, and a new trailer for the port has dropped.

The trailer didn’t showcase much in its 30 seconds, and no specific release date was disclosed. However, it ended by saying that the game would release in fall 2022 — so it should launch by the latter days of December. Marvel’s Spider-Man: Miles Morales is currently available natively for PlayStation 4 and pricier PlayStation 5 consoles, but the port will give PC gamers the chance to experience the next adventure in Marvel’s Spider-Man gaming series for themselves.

Marvel’s Spider-Man: Miles Morales is similar to the original game in a lot of ways, as it features incredibly similar gameplay mechanics and locals. However, it delivers an entirely original story focused on Miles Morales as the legendary web-slinger and, since Parker isn’t around, New York’s sole protector. It’s likely for the upcoming game to release as a Definitive Edition; the monetization tactics nowadays dictate that the publisher releases the game and its various DLCs for one platform and then bundles them up in an all-out release for all platforms at a later date.

Following that logic, we might even see Peter Parker and Miles Morales in a co-op iteration of Marvel’s Spider-Man gaming series. We previously saw them together in a trailer for the upcoming Marvel’s Spider-Man 2, but it’s still unknown whether they’ll both be playable or Morales just makes an appearance in the sequel. However, we previously reported on the omitted multiplayer component for the original Marvel’s Spider-Man, which included both Spider-Men as playable characters, so there’s still some hope that both will make a simultaneous appearance. 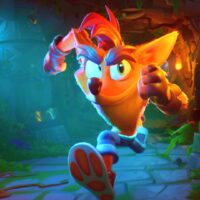