At long last, the PlayStation answer to the Xbox Game Pass has finally been revealed. However, this reveal might leave a ton of gamers wondering what exactly is supposed to be better for the new PlayStation Plus model, which launches in June. PlayStation Plus and Playstation Now are fusing together, offering a plethora of new and older games. While the biggest advantage to owning this new model is that we finally get to see a huge collection of PS1, PS2, and PSP games added, there is a big glaring issue with how this new service is offered in a tiered model. To get the most out of the now added 740 games, they will need to pay the more expensive amount of $17.99 monthly. The Xbox Game Pass most premium service is only $14.99 monthly. What happened Sony?

Sony has decided to offer everyone their new PlayStation Plus model in tier form. The Essential tier is what we all know now and remains $9.99 monthly/$24.99 quarterly/$59.99 yearly. That is access to the two monthly free games, discounts, cloud storage, online MP access. The new PlayStation Plus Extra tier stands at $14.99 monthly/$39.99 quarterly/$99.99 yearly. It offers all the above with an additional 400 PS4 and PS5 games. They can be downloaded for play. The even more expensive PlayStation Plus Premium tier stands at $17.99 monthly/$49.99 quarterly/$119.99 yearly and offers all the above plus an additional 340 games that are from the PS1, PS2, PS3, and PSP eras. The PS3 games can be played via cloud streaming. Then we get a mashup of PS1, PS2, and PSP games that are offered in cloud streaming and downloadable option format. Also, timed-limited game trials will be offered in the premium tier to allow gamers to try before they buy on certain titles.

Being able to finally play some deep cuts from Sony on the PS5 will be fantastic, but it is ridiculous in nature. Everyone will have to pay more for outdated games? Also, no new games are set to drop on the service. The Xbox Game Pass Premium offers the majority of this with first-party exclusives on day one that they drop. Sony has not promised that at all. In fact, the CEO of Sony, Jim Ryan, spoke about not allowing these much-needed first-party exclusives to be added. According to him, “We feel if we were to do that with the games that we make at PlayStation Studios, […] the level of investment that we need to make in our studios would not be possible.”

PlayStation fans want first-party exclusives on this pass, period. Sony had one shot to make their model stand out above the Xbox Game Pass, but it falls short. The caveat to first-party games on the PlayStation Plus model is that the Sony Interactive Studio games will be added to the library. Death Stranding, Spider-Man, Spider-Man: Miles Morales, Mortal Kombat 11, and Returnal will welcome additions to those who have not had a chance to play these games. Returnal is a big one, but it’s just not enough. Sony will have to find a way to give their fans something more to hold on to. Having to pay a higher price for the older games also seems like a ridiculous way to combat a competitor. First-party exclusives will need to be added in some way for this new PlayStation Plus model to truly shine above the competition. Right now, it simply does not. The new PlayStation Plus model drops in June, and maybe with enough public outcry, there could be changes made before then. 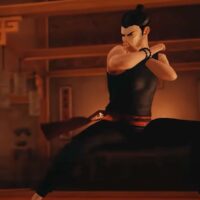