The League of Legends developer Riot Games is once again suing a Chinese-based mobile games developer, alleging that the Chinese studio is pushing a knockoff version of League of Legends: Wild Rift, the smartphone version of Riot’s globally recognized game that launched into open beta last year. It’s worth noting that this isn’t the first time Riot Games is taking legal action against a Chinese-based studio over nearly the same alleged infringement.

According to Polygon, Riot Games’ complaint was filed on Monday in US District Court for the Central District of California — the very same federal trial court where Riot sued Moonton Technology Co. in 2018 over Moonton’s knockoff of League of Legends, aptly called Mobile Legends: 5V5 MOBA. Now, four years later, another game has popped up on the North American market, in both Google Play and Apple App Store, with Riot taking legal actions against the very same developer once again.

The earlier case, the one from 2018, was denied a hearing by the federal judge in the US, stating that China would be a better jurisdiction to take the copyright infringement claim. Riot Games’ parent company, the Chinese-based Tencent Holdings, stepped in to defend its subsidiary’s IP and won a judgment against Moonton and its CEO, worth nearly $3 million. The newest cause for concern is Moonton’s Mobile Legends: Bang Bang, another alleged League of Legends rip-off, which is currently ranked #67 in the Strategy categories across several smartphone storefronts.

League of Legends creator’s legal complaint begins as the court is already familiar with Moonton’s previous infringement. The US company seeks to legally stop the Chinese-based mobile game developer from its deliberate and continued effort to score additional ratings on account of Riot Games and its highly valuable IP — referring to League of Legends: Wild Rift and its related content. This is pretty interesting since Moonton apparently never stopped with their original infringement, even after paying damages to Riot.

Apparently, after Riot Game’s initial complaint to Google regarding Mobile Legends being the appropriation of League of Legends: Wild Rift, the game in question was removed from Google’s storefront. However, Moonton followed up with the launch of Mobile Legends: Bang Bang, which, according to Riot, is a minimally altered version of Moonton’s original release, which has since been updated with extensive expressive elements allegedly found in Riot’s Wild Rift game, thus continuing the alleged infringement of Riot’s IP, which added a television series to its roster.

It’s worth noting that Riot’s complaint is backed up with extensive documented evidence, with clear comparisons between marketing materials as well as game and character designs. These are additionally paired with the community’s reaction alleging that the Chinese-based developer is copying Riot’s intellectual property. Riot is asking for a jury trial, as well as an injunction that would stop Moonton from distributing its alleged League of Legends knockoff.

Unfortunately, this is one of the rare cases in which a gaming developer is suing its competition over copyright infringement of mobile gaming property. The mobile gaming industry is still unregulated, with countless examples of alleged infringement, with smaller studios not being able to pursue legal actions. Ultimately, Riot Studios has a strong financial foundation to pursue legal action and protect its League of Legends IP, but where does that leave smaller studios? 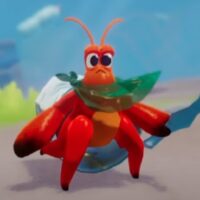