The alleged Grand Theft Auto VI map leak was posted on r/GamingLeaksAndRumours, the biggest subreddit for leaks and rumors in the gaming community, which proved as a relatively reliable source of information for all-things gaming. However, the post is flagged with the page’s “Grain of Salt” tag, which signifies unverified information. With that said, the current leak is actually an in-game map fragment, which connects with previously leaked map information – and reveals what resembles Vice City, the game’s fictional take on Miami, and the newly added surrounding area.

This is the fourth Grand Theft Auto VI map leak; one of four pieces leaked so far. The first three pieces dropped in 2020, revealing a large body of land with several surrounding islands, representing Vice City and the surrounding Caribbean islands. It’s notable that all map fragments initially leaked on 4chan by anonymous users, making their credibility questionable. While it’s true that some of the gaming’s most significant leaks came from anonymous leakers on 4chan, plenty of fake information flows from the community too, which only increases the question mark above the fandom’s head.

If these images turn out to be fake, well, kudos to their creator – they’re impressive fakes. But multiple leakers, both reliable and those less so, confirmed the game’s central location as Vice City, although Rockstar Games haven’t even confirmed working on Grand Theft Auto VI. Naturally, some players immediately dismissed the leak as Photoshop-made bogus information, but given how the Red Dead Redemption 2 map leaked well ahead of the game’s announcement and release, some fans believe that the GTA 6 leak is accurate.

Whatever the case may be, the sheer size of this map aligns with previously leaked information regarding size, storyline, release date, and other details. The original Vice City map was pretty big for its time, consisting of two major islands and six smaller bodies of land, which were divided into several districts – each with its hospital and police station. Unlike the original game’s successor, the Vice City map had no railway system, and players had to use roads and highways to get to the desired location. With everything said, Grand Theft Auto: Vice City map was one of the largest in-game maps of its time. And if rumors are correct, it’s getting even bigger.

Sony Just Made A Huge Change To The PlayStation Store 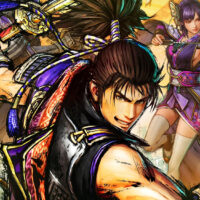 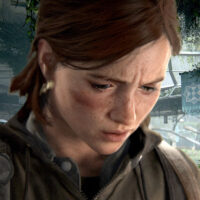