Square Enix’s Final Fantasy gaming franchise isn’t stopping with its surprising reasons that justify the games being pulled from sales or not working as they should. For example, Final Fantasy XIV was previously pulled from sales because the game was too popular, as increased demand for the gaming title has caused stability issues for Square Enix’s servers. Now, the recently released Stranger of Paradise: Final Fantasy Origin also appears broken, and for a hilarious reason — fur and hair.

As reported by IGN, the anime-inspired hairstyles of Stranger of Paradise: Final Fantasy Origin are killing the game’s performance on PC, and players have turned to modding practices to rectify the issue. It would appear that the game runs a lot smoother, at a higher frame rate, once players modded out their character’s hair out, making the in-game characters appear bald. A necessary sacrifice for some players, even those running higher-end machines. This was first noticed by a Reddit user MorrisonGamer, who theorized that the hair and fur could be the culprit causing noticeable dips in the game’s performance.

To be completely honest, rendering hair and fur in video games with high-fidelity graphics require immense GPU muscle. But when it comes to Stranger of Paradise: Final Fantasy Origin, even an RTX 3090, a high-end graphics card, struggles to maintain a decent frame rate. It’s important to note that the RTX 3090 is an absolute monster — a Hulk in the world of graphics cards that’s not only powerful but also the world’s fastest commercially available GPU.

Yet, when one of the in-game NPCs wearing fur shoulder pads approaches the player or vice versa, even the RTX 3090 struggles to maintain 25 frames-per-second. Gamers are a demanding bunch, and anything running below 60fps has become an insult to their pretty little eyes in recent years, so they don’t really appreciate these performance dips. MorrisonGamer, however, shared a workaround for this problem, which boosts the Stranger of Paradise: Final Fantasy Origin’s performance in quite a hilarious way.

Apparently, there’s a mod that allows gamers to turn off hair and fur rendering in Stranger of Paradise: Final Fantasy Origin, which significantly improves the game’s performance, but at the cost of every character in-game walking around bald. As we said, a necessary sacrifice and quite a peculiar trade-off — hair for frame rates. Nobody discussed dropping the game’s resolution or lowering the level of details within the game, which can cause a significant increase in performance at the cost of visual fidelity. But it would at least keep the NPCs’ hair on. Or would it?

Regardless, the poor performance of Stranger of Paradise: Final Fantasy Origin has only been noted on PC; the console version of the game doesn’t appear to suffer performance issues. Ultimately, the PC port of the game is just poorly optimized (the gaming industry strikes once again), with some generic NPC models being unnecessarily heavy for the graphics to process. So, the modding community came to the rescue once again, albeit after having their way with Elden Ring, employing numerous barbershops across Stranger of Paradise: Final Fantasy Origin’s in-game world. A clean-cut seems to be a new fashion trend in Final Fantasy. 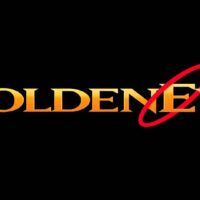 GoldenEye Getting A Next-Gen Remaster? 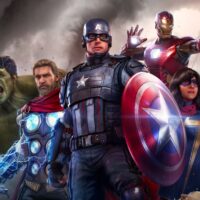 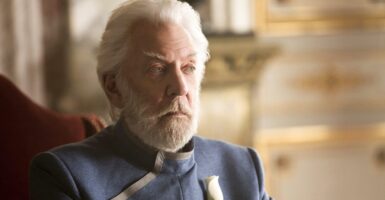