From Software and Bandai Namco have released new gameplay footage, showcasing their upcoming open-world, action role-playing game Elden Ring, which is set to release sometime next year. The preview shows several areas of The Lands Between, from the perspective of a few very different Tarnished – protagonists of the game who must traverse its world to restore the titular Elden Ring. This newly released footage comes ahead of a playable network test for Elden Ring scheduled for next week, November 12th through 14th.

The recently released 19-minute preview of Elden Ring reveals all the environment and gameplay features players can expect from the upcoming game. Games’ developer FromSoftware even provided some quick commentary, highlighting recent features added to their brand-new RPG, including traversing the game’s open-world on horseback, a random attack with a dragon, and an actual map interface. Viewers also get more than just a glimpse at the combat system, including armed and non-armed combat, magic, steals, and the option to summon other players or AI-controlled companions in battle. You can see the full gameplay preview below:

The gameplay preview comprises multiple segments, and the preview touched upon most of the Elden Ring fundamentals. In many ways, the game looks like its predecessor series, Dark Souls, which got a massive boost on Xbox consoles. However, there are some apparent differences between the two games, besides the narrative. Firstly, the game’s open-world setting provides somewhat of a Skyrim-like atmosphere, which is particularly heightened when players grasp the scale of things the in-game world has to offer. The aforementioned dragon attack is one of those instances that will definitely help players realize just how big the world of Elden Ring is.

Of course, the “tutorial” segment of the Elden Ring narrative is pretty linear, as it introduces you to the game’s mechanics but progressively opens to free exploration of the Lands Between. This includes access to all six areas with their respective castles, dungeons, and bosses, scattered throughout the game’s vast open-world map. One of the notable differences, however, are the Sites of Grace, which serve as an alternative to Souls’ bonfires – the game’s checkpoints and fast-travel method. Sites project guiding lights that lead to new adventures and areas players must complete to advance through the game, though an open-world setting usually allows players to chart their own courses.

One of the most accentuated showcases in the Elden Ring gameplay video is the combat system, which demonstrates the importance of magic in the new game. Especially compared to the developer’s other titles, Dark Souls, Sekiro: Shadows Die Twice, and Bloodborne – all of which feature but don’t necessarily rely on magical abilities. Besides showcasing both closed and open-world combat systems, the new gameplay footage also showed some boss fight mechanics and concluded with the news that there will be a Special Edition of the game, available for pre-order.

Elden Ring is scheduled to release on February 25th, 2022, though players who have signed up for the closed network test may be able to play a small section of the game from November 12th to 14th. 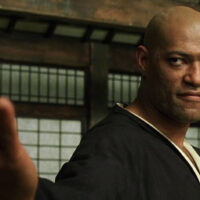 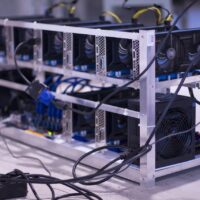