Upon launching their favorite title this morning, Elden Ring players were greeted with a message stating that the game couldn’t verify their PlayStation Plus subscriptions, only moments after From Software concluded the game’s maintenance this morning. However, it was soon discovered that other games, such as Grand Theft Auto Online, Call of Duty: Vanguard, and others, were experiencing the same server connectivity issues on PlayStation consoles.

However, it was later reported that the error appears to be tied to a new software update for PlayStation 4 and the elusive PlayStation 5 consoles, resulting in Elden Ring players being greeted with an error message and the game starting in offline mode. As we previously stated, the issue was initially diagnosed to be from game maintenance, which might’ve prolonged or gone awry. Upon the initial reports, the Elden Ring Twitter account published an update stating that the game’s maintenance for PlayStation and Steam (PC) platforms will be prolonged.

However, it was soon revealed that the issue isn’t connected to Elden Ring in any way, but a result of an error within Sony’s software update that prevents certain gaming titles from connecting to their respective servers. The affected titles included, but weren’t limited to, FIFA, GTA V, GTA Online, Elden Ring, Call of Duty: Vanguard, and Destiny 2, though it’s most likely that all other titles connected through PlayStation Plus were also affected.

After Sony’s PlayStation acknowledged issues with the PlayStation Network, Elden Ring has issued another tweet, stating the maintenance for Steam was over, and thanked the players for their patience. They failed to mention PlayStation, indicating that the burning problem in Sony’s backyard is still out of control, though, according to the PlayStation Service Status page, all services except PlayStation Now are operational. However, it’s worth noting that some PlayStation console owners reported that the service is operational via social media, so individual mileage may vary.

PlayStation’s social media channels shared details regarding the PlayStation 5 system software update several hours ago, the company hasn’t addressed the ongoing PlayStation Network issues directly, and as mentioned, Elden Ring isn’t the only title suffering this issue. This is yet another gut punch to Sony’s servers after recently-released Gran Turismo 7 suffered a massive server outage that lasted for more than 24 hours. That is a significant downtime for any game that demands online connectivity to play, including Elden Ring and Gran Turismo both.

These occurrences only spark discussions about the contrived necessity of always-online requirements a vast number of gamers rely upon nowadays. Sure, it’s a good DRM (digital rights management) form that requires persistent online authentication and prevents copyright infringement — but it also prevents gaming. At least FromSoftware has figured it out and allowed Elden Ring gamers to play in offline mode. 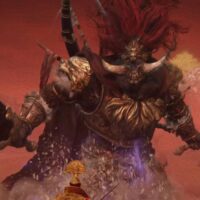