The American Society for the Defense of Tradition, Family, and Property (TFP) is petitioning to have a controversial Y: The Last Man episode removed from Hulu. Episode 6: “Weird Al is Dead” shows main characters Yorick Brown, Agent 355, and Dr. Allison Mann fleeing from a mystery assailant. They take refuge in an empty church and begin discussing their options. While this is going on, Yorick’s Capuchin monkey Ampersand hops on the altar; Dr. Mann feeds him sacramental bread, remarking in snide, “Mmm… Yummy. Body of Christ. C’mon. Get it. Nice.”

Regardless of whether or not the unleavened bread was duly consecrated, TFP considers the very act of feeding the Body of Christ to a monkey blasphemous. “It is insulting and offensive, not only to Christians but to Our Lord Jesus Christ above all,” TFP writes. “God is not to be mocked. I demand you apologize and take down the episode. Tell the producers of Y: The Last Man that this is unacceptable,” the original statement adds.

The complaint is further compounded by a Y: The Last Man scene that took place only minutes prior. Yorick, 355, and Dr. Mann come across a packed abbey; a religious procession is underway. Women carrying lit candles are singing Karma Police by Radiohead in honor of the recently deceased — specifically, all living mammals with a Y chromosome. It’s a strangely somber experience for Yorick and his friends; as ridiculous as the imagery sounds, Yorick, 355, and Dr. Mann react to the procession with a sort of dignified respect — a fact that baffles members of TFP, who describe the ritual as “pagan-like.”

Following that up with a scene depicting Dr. Mann as thoroughly apathetic to church decorum might have been conceived as a kind of humorous antipode to popular culture — perhaps even a subtle criticism of organized religion and all the sects that have followed — yet one can’t deny it was mothered in poor taste. TFP dubbed the Y: The Last Man sequence as “an outrageous offense against Our Lord” and protested further sacrilegious content.

The American Society for the Defense of Tradition, Family, and Property is a counterculture Christian group based in Spring Grove, Pennsylvania. Its central tenets espouse cast-iron Roman Catholic ideals and expect every field of human activity, particularly the arts, to follow through. Founded in Brazil by Professor Plinio Corrêa de Oliveira in 1960, TFP boasts over 120,000 members, all active volunteers and donors from every corner of modern Catholic American society. The group was created to counter secular left-wing ideology and stand on the frontlines of a perceived Culture War where TFP strives to defend the values of family, tradition, and private ownership against an overarching backdrop of inclusivity, diversity, and individuality. TFP considers its crusade a Counter-Revolution meant to reshape modern American society to satisfy an exclusively Roman Catholic standard. Y: The Last Man is the latest Hollywood creation to ruffle TFS’s feathers.

Now, we can certainly debate the pros and cons of such an outspoken conservative movement attempting to preside over constitutionally granted free expression. And yet there’s no denying television needs to be a little more careful of the subject matter it puts out. As bold and untethered Hollywood is when it comes to cinema, every production is intricately crafted to appeal to a wide variety of audiences. Content is closely monitored to minimize the possibility of backlash and controversy. Even for Y: The Last Man, negative publicity is never a good look, hence keeping writers accountable is a foremost priority when developing movies and TV shows.

Some projects are understandably not for everybody, and suitability ratings make such a designation crystal clear, and yet Y: The Last Man, a controversial comic book about all biologically male creatures dying all at once, was rated TV-14 by America’s TV Parental Guidelines. TV-14 means a show is only unsuitable to minors aged 14 and below. A more restricted rating would have worked better and also explain Y: The Last Man’s more contentious imagery. After all, sensitivity training exists in all forms: gender, sexuality, race, and occasionally, religion.

TFP’s petition already crossed its most recent goal of acquiring 20,000 signatures. It currently has 22,646 people backing it across the continental United States. Disney, Hulu’s parent company, has yet to issue a statement addressing the backlash. Y: The Last Man’s cast and crew, led by showrunner Eliza Clark and Episode 6 writer Destiny Ekaragha, is also keeping mum.

Y: The Last Man stars Diane Lane, Ashley Romans, Ben Schnetzer, Olivia Thirlby, and Amber Tamblyn. It was based on a Vertigo post-apocalyptic comic by Brian K. Vaughan and Pia Guerra. The show was canceled this month after only one season. The last episode airs on November 1. 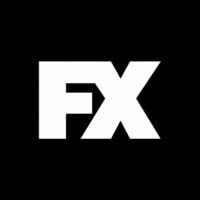 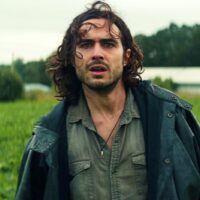