Ever since the 90s, Will Smith has been a big draw at the movies. Smith’s latest movie, Bad Boys for Life, has hit streaming and shows that Smith is still a draw for audiences, as the film consistently been in Hulu’s top ten most-watched movies in the United States since its debut.

Bad Boys for Life was the much-anticipated sequel to 1995’s Bad Boys and 2003’s Bad Boys II. Bad Boys for Life reunited the pairing of Will Smith and Martin Lawrence, as Mike Lowrey and Marcus Burnett, respectively, together for a third time after a seventeen-year absence. Thankfully, the chemistry between the two hasn’t changed a bit.

With seventeen years passed since we last saw this team, we find the Bad Boys at a crossroads. Marcus has decided to retire, which doesn’t please Mike. But during a party to celebrate Marcus’ new grandson, a shooter with a vendetta against the duo arrives to take out Mike and Marcus. Mike is shot and left in a coma for months. By the time he wakes, Marcus has already retired.

Mike is now on a revenge mission, out to catch whoever shot him. Mike joins the AMMO squad, a group of young cops who are led by Mike’s ex-girlfriend. As Mike begins to track down his shooter, he is also able to convince Marcus to join him one last time. In addition to Will Smith and Martin Lawrence, Bad Boys for Life also stars Paola Núñez, Vanessa Hudgens, Alexander Ludwig, Charles Melton, Jacob Scipio, DJ Khaled, and also returning for this third installment in Joe Pantoliano.

Even after 17 years away, Will Smith and Martin Lawrence’s dynamic shows little has changed between the two since the first Bad Boys. As one would expect from a film in this franchise, Bad Boys for Life is full of comedy and impressive action. However, unlike the first two films, Bad Boys for Life wasn’t made by over-the-top explosion-happy director Michael Bay. This time around, Smith and Lawrence were directed by Belgian directors Adil El Arbi and Bilall Fallah. Bad Boys for Life was written by The Grey and Smokin’ Aces writer Joe Carnahan, The Town‘s Peter Craig, and first-time credited screenwriter, Chris Bremner.

After directing the first two films, why didn’t Michael Bay return to the directors’ chair for the third movie? Will Smith says it came down to expense, as Bay’s price was just too rich for Columbia Pictures. However, Bay does make a cameo as “Wedding MC.” Joe Carnahan was originally going to take Bay’s place, but the writer/director eventually left the film due to “creative differences” between him and Smith. Carnahan said via Comic Book, “I just know myself, man. And I thought what we were doing at that point was the law of diminishing returns. I wasn’t servicing the story that I was really excited about telling, that the studio had greenlit. And again, this isn’t to throw shade at Will — it’s your face on the poster, it’s your name on the poster, you need to do things the way you want them done.”

The success of Bad Boys for Life has already brought about talk of a fourth pairing between Will Smith and Matthew Lawrence, with Bad Boys 4 rumored to already be in pre-production. But next, Will Smith will be starring in King Richard, where he plays the father of Venus and Serena Williams. The film is scheduled for a November 19, 2021 release on both HBO Max and in theaters. Smith is also currently attached to the crime biopic The Council, as well as a sequel to the Netflix original, Bright. As for Martin Lawrence, the only rumored project he’s currently involved with is Bad Boys 4.

But for those who like insane action and great comedic chemistry between Will Smith and Martin Lawrence, Bad Boys for Life is worth checking out on Hulu. 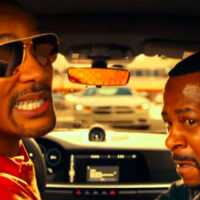 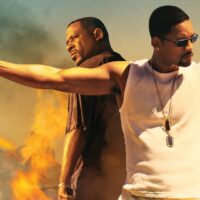 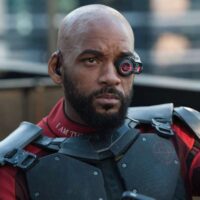