Confirming our previous reports, Vision will return to the Marvel Cinematic Universe for his own series titled Vision Quest.

Paul Bettany’s Vision is returning to the Marvel Cinematic Universe in his own series. The news, which was first reported exclusively by Giant Freakin Robot two years ago courtesy of our trusted inside source, was confirmed by Jeff Sneider on The Hot Mic Podcast. “Next week, Marvel will be opening a writers’ room for a Vision show titled Vision Quest,” he said.

Sneider went on to state that the information comes from a good source that has been accurate in the past. Interestingly, Vision’s Marvel series shares the name of a 1980s Marvel Comics story arc starring the synthezoid which played out within the pages of The West Coast Avengers #42 to #45. In the story, created by John Byrne, Vision is dismantled.

His artificial skin is turned white and he loses the ability to feel emotions, which ultimately led to his separation from Wanda Maximoff/Scarlet Witch. Fans already saw a version of these events involving Vision in later episodes of Marvel Studios’ debut Disney+ series, WandaVision. When acting S.W.O.R.D director Tyler Hayward used Wanda’s powers to activate White Vision, his memories had been erased.

Tasked with destroying the Scarlet Witch he ended up doing battle with Hex Vision. But, following a philosophical discussion, the latter restored his counterpart’s memories. That’s when White Vision flew away to contemplate what he learned, leaving his future uncertain.

Later, Hex Vision also ceased to exist when Wanda finally let him go. In the comics, White Vision was introduced to the story when the previous model was destroyed. Because he was brand new, the synthezoid had no emotional ties to anything – including Wanda.

However, when the series tackled the same character, it allowed the new Vision to confront his hidden life. Vision’s Marvel series will probably use a combination of these elements for its plot, though nothing has been confirmed. Whatever direction the creators choose, it will be interesting to see how (or if) Vision is able to regain his sense of self and humanity. Although casting news is ages away, it’s safe to assume that Paul Bettany will reprise his role as Vision’s in the new Marvel series.

The actor made his Marvel Cinematic Universe debut in 2008’s Iron Man as the voice of Tony Stark’s A.I assistant, J.A.R.V.I.S. The 51-year-old continued to voice J.A.R.V.I.S. in Iron Man 2, The Avengers, Iron Man 3, and Avengers: Age of Ultron. During Age of Ultron, Bettany stepped into the role of Vision which was created when J.A.R.V.I.S’s core software was uploaded into the vibranium body created by Ultron.

The English actor reprised his role as Vision in 2016’s Captain America: Civil War and Avengers: Infinity War in 2018. The synthetic hero meets his demise at the hands of Thanos in this film. A magical version of Vision was later created by Wanda Maximoff/Scarlet Witch in the Marvel series, WandaVision which saw Elizabeth Olsen and Paul Bettany in the lead roles.

Away from the new Vision Marvel series Vision Quest, Paul Bettany also voiced Vision in Marvel’s What If…? series. He also starred as Ian Campbell, 11th Duke of Argyll in A Very British Scandal. The historical drama television miniseries also featured Claire Foy as Duchess of Argyll, Margaret Campbell. It was released on Amazon Prime Video on April 22, 2022. 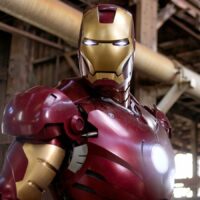 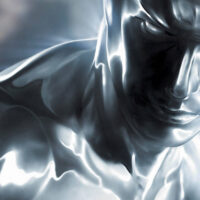 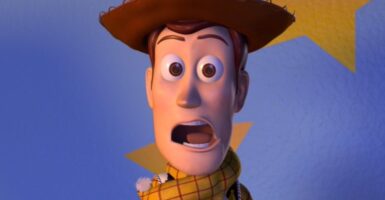 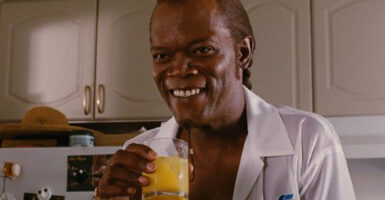 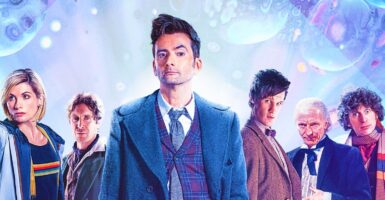 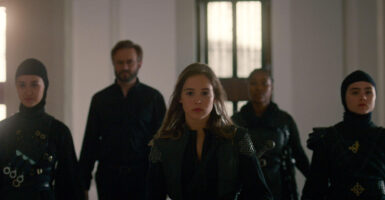