Marvel Is Now Selling Infinity Stones Made From Real Gems

Want to look like Thanos when it was all going “good” for the Mad Titan? There’s a chance with Marvel’s Infinity stones available for purchase. Maybe the most famous and successful MacGuffin is the Infinity Gauntlet, consisting of six infinity stones scattered throughout the galaxy that gives the wearer the ultimate power over life itself and served as the catalyst for the entire Marvel Cinematic Universe. Now, according to ScreenRant, a new merchandising venture is creating a line of gemstones cut to resemble the infinity stones, and you won’t have to battle the Avengers or sacrifice an adopted daughter to collect them all.

Marvel is partnering up with East Continental Gems, a New York jeweler since 1972, to bring a collection of gemstones cut to be replicas of the six infinity stones in the Marvel Cinematic Universe’s debut storyline, The Infinity Saga. Throughout the first three phases of the saga, Thanos (Josh Brolin) attempts to send others to collect the stones for him and promises their desires in return.

Being the very things that brought The Avengers together, these stones have become beloved artifacts of movie history. They are just the items that will bring loyal Marvel diehards out of the woodwork to drop more money than Tony Stark (Robert Downey Jr.) spends on an Audi to bring them home.

There are six Marvel infinity stones: Space, Reality, Power, Mind, Time, and Soul; each of the stones represents different singularities that came about before the formation of the universe. The Space Stone is the first to be introduced in the form of a blue cube called the Tesseract in Captain America: The First Avenger, and it can create a portal from one part of the universe to another.

The second of the stones to see the light of day was the Mind Stone, first seen as a blue orb in Loki’s (Tom Hiddleston) scepter in Marvel’s The Avengers; it gave Loki the ability to control the minds of Clint Barton/Hawkeye (Jeremy Renner) and Dr. Erik Selvig (Stellan Skarsgård).

The Power Stone bestows upon its bearer an immense amount of energy, the kind of energy that Starlord (Chris Pratt) kept Ronan the Accuser (Lee Pace) from obtaining in Marvel’s Guardians of the Galaxy. The Time Stone became one of the sources of Dr. Strange’s (Benedict Cumberpatch) powers in his debut film, in the Eye of Agomoto. The Soul Stone made its first appearance in The Avengers: Infinity War when Thanos throws Gamora (Zoe Saldana) over a cliff in an attempt to obtain it.

Finally, in the Marvel stories, Reality Stone gives whoever holds it the power to alter reality; it is seen as the red liquid infecting Jane Foster (Natalie Portman) called Aether. This stone is the first that East Continental Gems is replicating by using 300 rubies (imitating the red color) ranging from $1,500 to $20,000. The others to follow are yet to be released, and no stones have yet to be announced officially. However, the colors could give a clue to the gems we can expect.

The blue of the Space Stone works perfectly for sapphire, and the green of the Time Stone lends itself perfectly to a jade stone. An amethyst stone bears the same purple as the Power Stone, while amber holds the deep yellow of the Soul Stone, and a yellow diamond is perfect for the pale yellow of the Mind Stone. Fans will have to wait and see and save up plenty of money. Any of them who collect them all have the option to get a Marvel collectible in the form of the Infinity Gauntlet. 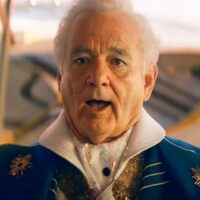 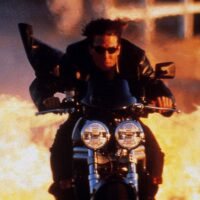 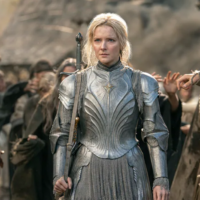 The Rings Of Power Season 2 Will Address Fan Complaints? 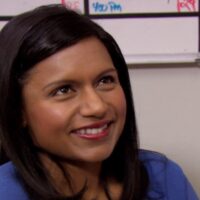