Spider-Man: No Way Home star Tom Holland says he helped Jon Watts come up with a better ending for the film because the original one just wasn’t working. When the movie is released next month, the young actor will be seen reprising his role as Peter Parker for the sixth time. So he knows a thing or two about how the character thinks and feels.

In an interview with GQ, Tom Holland revealed that production on the film was almost as chaotic as its story. He detailed how he had doubts when it came to shooting the original finale because he didn’t believe what he was saying. “Anyway, the day finally came to shoot the big finale, “the crescendo scene, like, is this really f***ing happening? It’s crazy.” Only, it wasn’t working. “I kept stopping and being like, ‘I’m so sorry, I just don’t believe what I’m saying.”

Considering the movie’s larger-than-life scale, and the various iconic characters that are confirmed to be returning, it’s not surprising that the script needed tweaking. Tom Holland’s Spider-Man may even be facing his very own Sinister Six. So there’s a lot of pressure for Spider-Man: No Way Home’s story to live up to the hype. Not to mention the rumored appearance of two other Spider-Men, Tobey Maguire and Andrew Garfield.

Spider-Man: No Way Home begins immediately after the events of its predecessor, as Peter Parker (Tom Holland) finds himself in a difficult situation following the revelation of his secret identity to the public. For the first time in the cinematic history of Spider-Man, our friendly neighborhood hero is unmasked and no longer able to separate his normal life from the high-stakes of being a superhero.

When he asks for help from Doctor Strange, Peter’s anxiety surrounding the ramifications of a memory-erasing spell tamper with the stability of space and time. After the multiverse is blown wide open, the stakes become even more dangerous, forcing the young hero to discover what it truly means to be Spider-Man. In this way, the stakes are pretty high for Tom Holland.

The story essentially examines how Peter Parker’s life and reputation are turned upside down following his identity being exposed at the hands of Mysterio. Interestingly, this is something that’s already happened in the comic book lore – sort of.

In 2007 Marvel released One More Day, a four-part comic book crossover storyline, connecting the three main Spider-Man series published at the time. In this version, Peter’s attempt to restore his secret identity culminates in him making a deal with Mephisto. Written by J. Michael Straczynski and Joe Quesada, the story arc concludes the fallout of Spider-Man’s actions during the 2007 Civil War crossover. One More Day starts in The Amazing Spider-Man #544, continues in Friendly Neighborhood Spider-Man #24 and The Sensational Spider-Man (vol. 2) #41, and concludes in The Amazing Spider-Man #545.

Spider-Man: No Way Home will be released worldwide on December 17, 2021. A fourth Spider-Man film is currently in development. 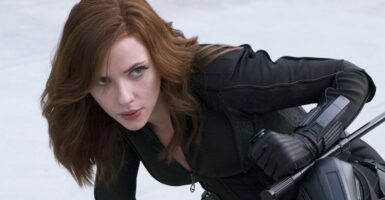