The Muppets Mayhem Crew Were Involved In A Scary Accident

A scary accident occured late last night, as crew that had been working on the set of The Muppets Mayhem were involved in a wreck.

Disney+ is currently involved in bringing the beloved Muppets back to television form. The new series is called The Muppets Mayhem, and it involves a story that revolves around The Electric Mayhem Band, which features the fan-favorite character, Animal. The new series is currently filming in Los Angeles, California. However, late into the hours of last night, a truck that was carrying crew for the series crashed into a tree near the Griffith Observatory. Thankfully, reports have stated that no one was hurt in the accident, but it has raised concerns about shooting into the long hours of the night.

One of the biggest concerns in productions in Los Angeles, is that crew and actors are tired after long days. Some days consist of more than 12 hours of shooting. This has led to accidents happening, and the fear is that someone might get hurt. Sources told Deadline, that The Muppets Mayhem production had been working through weeks of long nights, which raises even more concerns. This accident could have gone much worse, and it might be time for the production to slow things down a bit so that no one is having to overly exert themselves for over 12 hours. The last thing that we all need is to hear that something tragic happened on the set of one of the most beloved children’s franchises ever created.

The Muppets Mayhem stars Nora (Lilly Singh), who is an up-and-coming A&R rep, who must wrangle The Electric Mayhem Band, and get them used to how music works these days. The band is on a quest to stay relevant and achieve platinum status. The series has been created by Adam F. Goldberg, who famously created the sitcom, The Goldbergs. He is joined by Muppets veteran, Bill Beretta, and Jeff Yorkes as co-creators. Beretta also voices Dr. Teeth, the leader of The Electric Mayhem Band. The rest of the band features Animal on drums, Floyd Pepper on vocals and bass, Janice on vocals and lead guitar, Zoot on saxophone, and Lips on trumpet. There has been no mention that the band will release a real-life album, but that would be fantastic.

The Muppets Mayhem is set to debut on Disney+, ushering in the newest show for the long-standing franchise. The last show to debut was in 2020 and was called Muppets Now. Muppets Now was a small mini-series of six episodes that contained shorts of improvisational comedy involving some of the best Muppets. Apart from that, the franchise has only produced one other film in 2021, Muppets Haunted Mansion. The franchise is currently going through a bit of a revival, and The Muppets Mayhem is next on the list.

Thankfully, no one has been hurt as a result of the accident that took place on the set of The Muppets Mayhem. However, it might be time for unions to take a step in protecting actors and crew that must work past a certain time. Having a close call like the one that happened last night should be enough of a push to change things for more safety purposes. 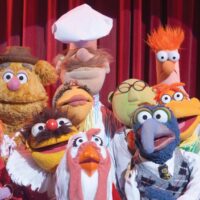 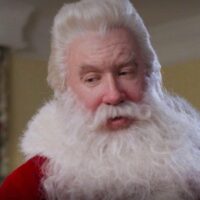