Apparently, when it comes to Transformers, Michael Bay just didn’t know when it was time time to stop rolling out. In a recent interview, the director said that it was one of Hollywood’s biggest producers and directors — Steven Spielberg — who told him to put a hard limit on his time with the Autobots and Decepticons. Bay says he should’ve listened to the Jurassic Park director.

Michael Bay was speaking to Unilad UK for the promotional lead-up to his upcoming Netflix action thriller Ambulance, when he said his final film with the Transformers franchise should have been 2011’s Transformers: Dark of the Moon. The problem? The movies just kept making money and Paramount kept wanting more. “I made too many of them,” Bay told Unilad. “Steven Spielberg said, ‘Just stop at three’. And I said I’d stop. The studio begged me to do a fourth, and then that made a billion too. And then I said I’m gonna stop here. And they begged me again. I should have stopped. They were fun to do.”

If you check out the Rotten Tomatoes page for the live-action Transformers film franchise, the critical and audience scores keep sliding down with each successive Michael Bay movie — starting at 58% (critics) and 85% (audience) with 2007’s Transformers, and ending with a 15%/43% ten years later for Transformers: The Last Knight. Things don’t start looking good again until 2018’s Bumblebee, which was directed by Travis Knight.

But the ticket sales didn’t reflect either the critics or audience scores. As much as Transformers: Revenge of the Fallen may be perhaps the most hated of the Michael Bay films by fans, it made over $120 million more than the first film. The third film, 2011’s Transformers: Dark of the Moon cracked the billion dollar mark, and 2014’s Transformers: Age of Extinction performed similarly. Grossing only a little over $600 million, Transformers: The Last Knight proved the last time Paramount begged Bay to make another movie with the warring Cybertron refugees.

But while Michael Bay may be out of the Transformers business, that doesn’t mean the robots are done. Principal photography wrapped on Transformers: Rise of the Beasts in October. The seventh film in the franchise is a prequel, wedged between the events of Bumblebee and the first Transformers film. The prequel will apparently focus on the Beast Wars side of the franchise and will feature the Maximals — descendants of the Autobots. Along with much of the voice talent from previous films expected to return, Ron Perlman will lend his voice to Optimus Primal, the leader of the Maximals. The film is directed by Steven Caple Jr. (Creed II). The story was conceived by Joby Harold (Obi-Wan Kenobi), and the screenplay written by Darnell Metayer and Josh Peters. Transformers: Rise of the Beasts is currently scheduled to hit theaters June 9, 2023. You can see some set photos of the vehicles in the movie below. 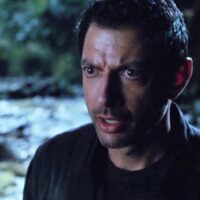 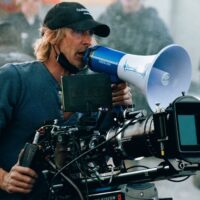 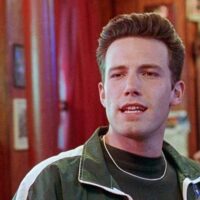