The Newest Stephen King Book Is Already Becoming A Movie

Fairy Tale, by Stephen King, has already had the film rights to the book secured by Paul Greengrass.

Just over a week after its release, Fairy Tale, the latest novel by Stephen King is being adapted into a movie. While some readers are still midway through the story, Paul Greengrass has secured the rights to direct and produce the project with Greg Goodman. According to Deadline, he will begin shopping the idea to studios very soon. The author confirmed the alliance in a statement saying, “I’m a Paul Greengrass fan and think he’s a wonderful choice for this film.”

Stephen King’s Fairy Tale tells the story of Charlie Reade who looks like a regular high school kid. He’s a decent student who’s great at baseball and football. But he carries a heavy load. His mom was killed in a hit-and-run accident when he was 10 years old. And grief drove his father to drink, forcing Charlie to take of himself and his dad. When Charlie turns 17 he meets a dog named Radar, and her aging master Howard Bowditch.

Charlie, who loses his heart to Radar, starts doing jobs for Mr. Bowditch since he lives in a big house at the top of a hill with a locked shed in the backyard. When the elderly man dies, he leaves Charlie a cassette tape telling a story no one would believe. Inside the shed is a portal to another world, where a battle between good and evil rages. And, in classic Stephen King style, Charlie finds himself caught right in the middle of it.

Early reviews of Fairy Tale describe the book as a multiverse-traversing, genre-hopping intertextual mash-up, with plenty of Easter eggs, where Stephen King’s storytelling soars. It’s also been dubbed as a magnificent and terrifying tale in which good is pitted against overwhelming evil, and a heroic boy and his dog must lead the battle. “It is a solid episodic adventure, a page-turner driven by memorably strange encounters and well-rendered, often thrilling action,” The New York Times said of the novel.

While Stephen King adaptations are often hit-or-miss projects, Paul Greengrass’ involvement bodes well for the film’s success. His most notable credits include three films in the Bourne franchise, Captain Phillips, and News of the World.

Additionally, he received his first Academy Award nomination for directing United 93 in 2007 but ultimately lost to Martin Scorsese for The Departed. The author reportedly sold him the rights to the novel for $1 – something he usually reserves for new filmmakers.

Fairy Tale joins several other Stephen King adaptations that are currently in the works. These include an assortment of movies and television shows based on Salem’s Lot, Billy Summers, The Talisman, and other tales that are in different stages of development. The next film based on his work is Mr. Harrigan’s Phone, directed by John Lee Hancock. It is scheduled for release on Netflix on October 5th and stars Donald Sutherland, Jaeden Martell, and Kirby Howell-Baptiste.

Meanwhile, Warner Bros has moved Salem’s Lot from its original release date to April 21, 2023. The latest version of the Stephen King story follows a writer named Ben Mears, who returns to his childhood home of Jerusalem’s Lot in search of inspiration. But once he arrives, he finds that his hometown is being preyed upon by a vampire. To save it, he teams up with a group of locals to fight the creature. 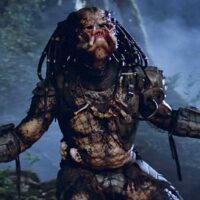 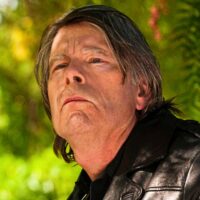