Star Wars’ latest Disney+ series, Obi-Wan Kenobi had its series premiere Friday with a double episode opening. The show, starring Ewan McGregor in the titular role is set ten years after the events of Revenge of the Sith. Like most Star Wars content, the show is set in and around the Skywalker Saga timeline, but Collider reports that one of the future series planned for Disney+, Star Wars: The Acolyte, could set the franchise’s timeline in a new direction.

Speaking to Collider, LucasFilm President Kathleen Kennedy had this to say about the mysterious series: “We actually were intrigued with that because if that show works, then it really gives us an opportunity to expand on that. And that’s what’s so great about television because it gives us sort of this larger playground for experimenting.” What’s exciting about this statement is that Star Wars: The Acolyte is set in a completely different era to George Lucas’ Star Wars films and the cinematic and episodic content produced by Disney. The era in question is known as The High Republic era, set a hundred-plus years prior to the events of The Phantom Menace.

Screen Crush reports that several comics and novels have already been produced charting the events of The High Republic Era. An era where Jedi prospered unopposed, and the Sith threat was almost nonexistent. However, The Acolyte points toward a time when things start to shift, from prosperity to fear. As GIANT FREAKIN ROBOT has reported in the past, Acolyte is a term often used to refer to those with an affinity to the Dark Side of the Force. Given the time period setting and title of the show, all things point toward The Sith taking a prominent role in the series and perhaps bringing an end to The High Republic Era.

The premise of The Acolyte (yet to receive a release date), being brought to life by Russian Doll creator Leslye Headland and starring Amandla Stenberg, coupled with the intriguing hint Kathleen Kennedy has laid out for the show and its future implications on the whole world of Star Wars means there’s a whole lot riding on this mysterious show. If the series is successful, an avenue could be one for a whole new set of stories that Star Wars fans have yet to see in live-action. Given the whole host of shows on the way on Disney+ and their familiar setting within the existing Star Wars timeline, The Acolyte could be a welcome new addition to stories set in a galaxy far, far away.

The prospect of The Acolyte spawning more shows of a similar ilk is more than enough to get excited about. However, Kathleen Kennedy dropped another huge Star Wars bombshell at The Star Wars Celebration in Anaheim. The LucasFilm top dog said that as long as there are good storytellers at hand, Star Wars could go on forever. Obi-Wan Kenobi, two seasons of Andor, Ahsoka, the third season of The Mandolorian, The Skeleton Crew and The Acolyte are just the beginning. Fans of Star Wars have so much to look forward to that is known, but it is the unknown that fans should be getting even more excited about. Hopefully, The Acolyte can jump us all to lightspeed in a new direction. 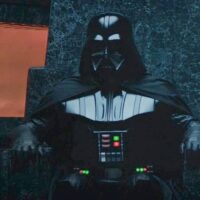