When Lucasfilm president Kathleen Kennedy stepped up to the podium at the 2020 Disney Investor Day, she dropped so many Star Wars facts that it left heads spinning. There are so many in the hopper that keeping track of them is going to take a bit of Disney magic. When it seemed as though Disney was taking a break from Star Wars based on the fiasco that was their sequel trilogy, Kennedy, Lucasfilm, and Disney did an about-face and told the world they are going all-in with everything Star Wars. One of the projects announced was an immediate mystery; Star Wars: The Acolyte.

Here’s everything we know about the upcoming Disney+ series Star Wars: The Acolyte, so far.

The official description for Star Wars: The Acolyte goes something like this…

“The Acolyte is a mystery-thriller that will take the audience into a galaxy of shadowy secrets and emerging dark side powers in the final days of the High Republic era.”

In Star Wars canon, an acolyte is used sometimes in reference to Sith apprentices, which may clue fans into where the series may be headed. This may allow for brand new characters to be featured and tell a story never seen in the Star Wars universe as it may focus on those who closely adhere to the dark side. With the description of Star Wars: The Acolyte taking place in the “final days of the High Republic”, we already know that this is a good 100-200 years before George Lucas gave us his Skywalker Saga.

The High Republic is going to see a lot of action in upcoming months as Disney also announced that a multi-media blitz is revealing itself in the form of series, comic books, and novels with Star Wars: Light of the Jedi already on the bookshelves.  With the goal of the media focus hitting the high times for the Jedi Order and the High Republic, Star Wars: The Acolyte will cover its low point, which would lead into Lucas’ prequel trilogy.

Star Wars: The Acolyte is brought to Disney+ by Russian Doll creator Leslye Headland, with the assistance of Lucasfilm’s vice president of film development Rayne Roberts. Hedlund is also known for her work on SMILF, Heathers, and Black Monday while Roberts has been involved as a creative executive in every Star Wars film that has come under the Disney banner. She also has worked as a member of the Lucasfilm Story Group for Star Wars Rebels.

Hedlund felt it necessary to address the impact her hiring as a gay woman behind one of the biggest franchises in the history of film and television. “It’s shocking to hear that to me. Although I know it’s true because there are so few of us that are allowed to sit at the table, so to speak, and many, many more that are still not allowed,” Headland said to Movie Web. She’s talked a fair amount about how, as a queer woman, that will influence her own viewpoint and therefore the show.

She went on to add to MovieWeb, “It’s an honor in the sense that I feel incredibly grateful and lucky. I also would say that… I think Fran would agree with this, that a lot of this business is luck. A lot of it is.”

Leslye Headland has been doing many interviews sharing things from behind the scenes for Star Wars: The Acolyte. She’s said that Phantom Menace came out when she was a teenager and heavily affected her Star Wars fandom. She also shared that there are writers working on the show that have never seen Star Wars. Yes, that’s right. She explained that having someone there who wasn’t a fan helped them notice gaps in storytelling that they see through knowing Star Wars canon so well. 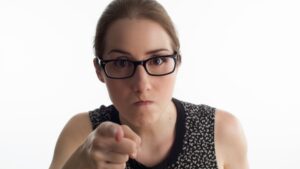 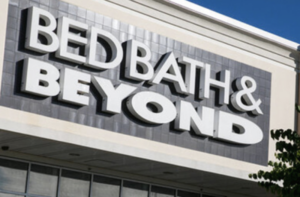 The details of Star Wars: The Acolyte are scarce though the word is starting to come in around how this story will take shape. The big news here is that Amanda Stenberg has been cast in the lead. It’s not exactly clear what character she will be playing in this series and for the actress, this will be one of her biggest roles yet. That being said, considering Hedlund has already made it clear that the series will be female-centric, featuring a female protagonist, though it will not be entirely devoid of male characters.

While The Acolyte will be a major production for the actress, she’s been in big-budget work in the past. Her breakout role was as the tragic character Rue in The Hunger Games. While not a starring role, there is some overlap with this kind of film and what we could possibly see in this new Star Wars series.

When Kennedy announced Star Wars: The Acolyte, she didn’t give it a release date. Given the fact that the High Republic media blitz is just beginning, it may take some time before fans get to see what Headland and Roberts are cooking up. The series hasn’t even begun production so a Disney+ premiere could easily be a 2022 or even a 2023 thing. Plus, with all the other Star Wars series and movies announced, we just don’t know where the priorities lie when it comes to release dates. We are sure Disney and Lucasfilm have a plan.

THE ACOLYTE WILL BE THE NEW STAR WARS TIMELINE?

While Star Wars: The Acolyte hasn’t even been released yet, there’s folks in the Disney and Star Wars Universe that are already dreaming big on what the show could offer the franchise. While promoting the first season of Obi-Wan Kenobi, LucasFilm President Kathleen Kennedy discussed some of the possibilities here. Namely, there was some hope that with any success for the show, the franchise could begin a new timeline for fans. While much of the Star Wars franchise has been wrapped in and around the original saga with the Vader-Skywalker-Emperor angle at the crux of nearly everything that’s happened, there haven’t been ample opportunities to look into other timelines within the universe. The Acolyte could definitely change that.

While speaking with Collider, Kathleen Kennedy said of The Acolyte, “We actually were intrigued with that because if that show works, then it really gives us an opportunity to expand on that. And that’s what’s so great about television because it gives us sort of this larger playground for experimenting.”

This possible new focus on the High Republic Era would, of course, usher in a totally new batch of stories and characters for Star Wars, ones not previously seen on either the big or small screen in live-action. There’s plenty of history here though to draw on, meaning the franchise isn’t short on stories, they just haven’t deviated too much from the original and intended course where this is concerned. The Acolyte could definitely change all of that.