From blockbuster films to action-packed series, Star Trek is one of the most influential sci-fi franchises in pop culture. Star Trek boasts an extensive catalog of television, film, and animated iterations that are as strong as ever. And due to its unique legacy, the franchise has a long-time, passionate cult following that spans generations. As Paramount+ looks to expand the Star Trek universe, one of Giant Freakin Robot’s exclusive scoops has been confirmed with another animated offering on the way.

Captain of Paramount’s Star Trek franchise, Alex Kurtzman has revealed that a Star Trek animated movie could be happening soon. Speaking to the Hollywood Reporter about the next generation of the franchise Kurtzman, and Paramount Pictures CEO Brian Robbins, elaborated on how they’d like to build on the success of the current animated series Lower Decks and the recently launched Prodigy.

Star Trek: Prodigy was originally developed for Nickelodeon and is aimed at kids ages 6 to 11. It features a CG animation so impressive that Robbins wishes it were launching in theaters. “I can’t lie, when I sat there at Comic-Con, I wished it was (in theaters),” he told the publication. “I just can’t help be excited about how this franchise will now be introduced in such a great way. As a parent, that gets me excited. I wanted to see it play in a room and it was super cool. And it does play like a movie.”

According to Kurtzman, there have already been “lots of conversations” about how to build on any success from Prodigy. Robbins weighed in, indicating an interest in Star Trek animated movies. “The data is pretty obvious. We’re going to be patient because we think the show is fantastic and creatively just exceeds all expectations” he said. “I have no doubt that we’ll be doing more. Alex and I have talked about what the theatrical film version of this show is and the likes of that. We’re excited and our Nick team could not be more thrilled to explore more.”

During the interview, the pair used Spider-Man: Into the Spider-Verse as a model for the kind of four-quadrant family film they envision for a Star Trek animated movie. But they don’t want to rush the process because taking Star Trek animation to theaters is crucial to the well-being of the overall franchise.

However, there is a little urgency because it’s just over five years since the studio released a Star Trek film. Paramount has scheduled the next release for June 9, 2023. That project has been expected to be based on something producer J.J. Abrams put together. WandaVisions’s Matt Shakman has been tapped to direct from a script co-written by Captain Marvel screenwriter Geneva Robertson-Dworet.

Paramount+ released the first 10-episode season of Star Trek: Prodigy on October 28th. The animated series will then air on Nickelodeon before the second season is released on streaming service. For more animated offerings from the franchise, there’s also the very popular Star Trek: Lower Decks. Created by Mike McMahan, Lower Decks was the franchise’s first animated series since 1970s Star Trek: The Animated Series. The story follows the low-ranking support crew of the starship U.S.S. Cerritos in the year 2380. The first two seasons premiered in 2020 and 202 respectively. A third season is currently in production. 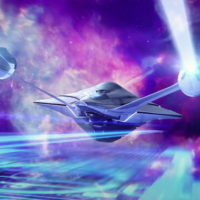 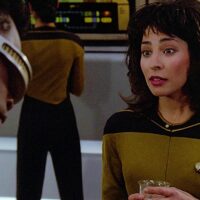 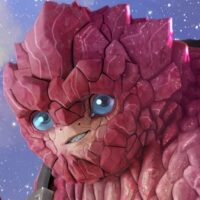