Star Trek 4: All About The Next Movie

By Faith McKay and Josh Tyler | 3 weeks ago

After many false stops and starts, and even rumors the project had been cancelled, it finally seems like things are moving forward for Star Trek 4.

The current series began in 2009 with a film directed by J.J. Abrams, followed by another Abrams project in 2013, and then Justin Lin’s movie Star Trek Beyond in 2016. Though the fourth project was greenlit in 2016, it has been a long road getting to it. We’re only just beginning to gain momentum toward seeing Star Trek 4 hit the big screen.

Where has all the drama landed? What can we expect from the return of these stories in the beloved sci-fi franchise? This is all we know about Star Trek 4.

The Man In Charge Of Star Trek 4

After many stops and starts, it seems the studio has finally settled on Noah Hawley as director for the next Star Trek movie. Hawley has earned a name in the industry for his work on the television series Fargo and Legion, where he’s known for great character development.

Most recently Hawley directed his first film: Lucy in the Sky. This story about a NASA astronaut returning to life on Earth was a total flop at the box office, earning only $54,058 in total. No on3 saw it. Worse, the movie was reviled by critics. It currently has a dismal 22% fresh rating on Rotten Tomatoes. Despite this, Paramount is moving forward with Noah Hawley as both writer and director for the newest Star Trek movie.

The Plot Of Star Trek 4

At this point we aren’t entirely sure what Star Trek 4 will be. Since Chris Pine signed on most assumed that meant Star Trek 4 will follow the Kelvin Timeline. This timeline takes place in a parallel universe where the Romulan Nero destroyed a Federation starship in 2233. The destroyed starship was called the U.S.S Kelvin, hence the name of the timeline. The events of this timeline in the current Star Trek movie series differ greatly from the events of the “Prime” universe seen in the first run of Trek films.

But… director Noah Hawley may have other ideas. When asked if Chris Pine and the rest of the Kelvin timeline cast were going to be in his Star Trek movie he had this to say: “I have my own take on Star Trek… Star Trek is about exploration and humanity at its best, and diversity and creative problem solving. For me, it’s about getting to those elements of the show. I don’t necessarily find action in and of itself interesting, unless it’s story. So, it’s early days, I’m still talking with Paramount, and I have a take and I’ve got to write a script.”

Adding fuel to the Noah Hawley reboot fire are comments from actor Simon Pegg, who plays Scotty in the Kelvin timeline films. When asked about Noah Hawley’s Star Trek movie he had this to say: “I don’t know anything about it. Noah Hawley’s been hired to write something for Star Trek, which is very exciting. He’s a brilliant writer and always creates interesting stuff. Whether or not we’re involved in that, I don’t know. I don’t think so. I don’t think that Noah’s thing is necessarily going to be Star Trek 4. I’m talking out of my ass, as usual. But we’ll see what happens with that.”

Odds are that Pegg simply isn’t in the loop with what’s happening to Star Trek, but it could also be that Hawley is working on a Star Trek film totally unrelated to the most recent series of movies or some kind of total reboot. If that’s the case, all indications are that Star Trek 4 is still moving forward, it simply may be that Hawley isn’t working on that movie and is instead doing something totally different with Star Trek.

Hawley wouldn’t be the only one working on something outside the current Trek series. There’s still that Star Trek script that was written for Quentin Tarantino to helm. More on that later.

That leaves everything a bit up in the air. It doesn’t sound like anyone really knows what’s happening here. All we do know is that we’re getting another Star Trek movie of some sort.

There were initially reports that the plot of Star Trek 4 would have Chris Pine travel through time to visit with his father. In the beginning of the first movie, Captain Kirk’s father was briefly played by Chris Hemsworth in the opening scene. In 2018, it was reported that both Pine and Hemsworth had been in failed negotiations for the fourth film.

While Pine has since signed on, it seems Hemsworth will not be in the movie. The Hollywood Reporter pinned this on a lowball financial offer for Hemsworth, but the actor himself said, “I didn’t feel like we landed on a reason to revisit that yet. I didn’t want to be underwhelmed by what I was going to bring to the table.”

With Hemsworth out, it has left us with no other clues as to what the plot of Star Trek 4 may hold for us.

Chris Pine has officially signed on, though the project was briefly delayed when negotiations for his contract had become rocky. It’s also expected we’ll see Zachary Quinto reprising his role as Spock, Zoe Saldana as Uhura, Karl Urban as Bones, Simon Pegg as Scotty, and Jon Cho as Hikaru Sulu.  That assumes, of course, that Star Trek 4 is actually what they’re making and not doing some sort of total reboot. Since Pine is signed, that should mean everything is going forward, despite some strange comments to the contrary from the film’s director.

Sadly Anton Yelchin, who played Ensign Pavel Chekov, died in an unusual accident in 2016. Chekov, the Enterprise’s Russian navigator, was an important member of the crew. JJ Abrams, who serves as producer, has publicly vowed that they will not be recasting the role of Chekov. We’ll have to see how this is handled in the script, but you can count on his character being absent.

We’ve moved past worries that Chris Pine may not be available to join the Star Trek 4 cast and he is signed on. Whether the movie will actually use him remains to be seen. Noah Hawley has been confirmed as the movie’s writer/director, though he says he hasn’t written the script yet. We are making progress in the realm of production, and yet there is still little news on when filming will begin or any other major milestones that could indicate a release date for the movie.

This is surprising, since the film was originally greenlit in 2016, but the many changes along the way for Star Trek 4 have caused delays in getting things moving. With a director and stars on board, we will hopefully hear more news about filming soon.

When Will Star Trek 4 Be Released?

It’s hard to say when we’ll see Star Trek 4 hitting the big screen. There hasn’t yet been any official word on the movie’s production schedule, let alone actual release dates.

While a 2021 release date is possible, Paramount Pictures (Star Trek 4’s home) has Indiana Jones 5 and Mission Impossible 7 releasing that summer. Most likely, we’re looking at a summer 2022 release date.

Star Trek: Picard And Other Sequels

While waiting for more news on Star Trek 4, there are other Star Trek projects in the works.

One of the most talked about projects is Star Trek: Picard, which will see the return of Patrick Stewart in his beloved role as Captain Jean-Luc Picard some 30 years after Star Trek: The Next Generation. The new web-television series will premiere on CBS All Access on January 23, 2020. There are ten episodes planned for the much-anticipated series.

Stewart last played this character in Star Trek: Nemesis, which was the final Star Trek story to push forward into the future of the Star Trek universe. The new series holds a lot of creative possibility for the series, which combined with the popularity of Picard’s character, has built a lot of understandable hype.

Mike McMahan, the writer for Rick and Morty, has been working on a new animated series titled Star Trek: Lower Decks. This will also be a CBS All Access series with ten expected episodes we’ll see in 2020.

At one point Quentin Tarantino was going to direct a Star Trek film. Stories about this possibility have been circulating since 2017. Director Quentin Tarantino had a developed story idea for a film. Mark L. Smith, who famously wrote The Revenant, wrote a script for him that Paramount reportedly loves. Both Tarantino and the studio have confirmed it would be rated R if it ever happened.

Recently though, Tarantino has started moving away from Star Trek. When asked by Cinema Blend if Trek was still in his future Tarantino had this to say…

“I think I’m steering away from Star Trek, but I haven’t had an official conversation with those guys yet.”

More recently Tarantino got a little more adamant about the idea that he won’t direct the Star Trek movie Paramount had written for him. He says…

“I think they might make that movie, but I just don’t think I’m going to direct it. It’s a good idea. They should definitely do it and I’ll be happy to come in and give them some notes on the first rough cut.”

It sounds like Tarantino is out but other sources seem to indicate he’s still at least considering it. When asked about Tarantino’s movie, Simon Pegg who plays Scotty, had this to say:

“As far as I know, Quentin Tarantino’s Star Trek idea is still kind of in the mix. That’s down to [him] about what he wants to do next, you know. There’s been talk of various spinoffs possibly. We’ll see. I’m always happy to get back into that universe. I think it’ll be bittersweet for us now to do another one after losing Anton [Yelchin], just because we were very much a family. And we’ll miss him more than we normally do, because he will be conspicuous by his absence. But we’ll see what happens.”

We’ll have to wait and see, but we know Star Trek 4 won’t be that Tarantino movie and will be something else entirely. And it sounds like even if Tarantino’s Star Trek movie idea gets made, he won’t be involved in making it.

While Star Trek has most famously been represented through television series, it’s always been a franchise of experimentation with movies and other formats. These future projects and Star Trek 4 represent a diverse direction for the science fiction franchise. Stay with us here as we track how they’re handled and what new Star Trek projects will spring up in the future. 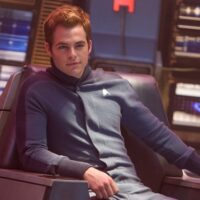 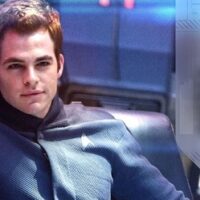 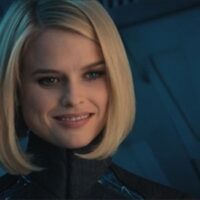