Paramount Studios recently announced Star Trek 4 to the public. This was a surprising move, at least for the cast, who reported that they hadn’t been contacted about returning for their roles when the announcement went live. Despite this, the studio’s announcement included their intentions to bring back Chris Pine and the rest of the actors in the Kelvin Crew for the movie. Now, the actors and the studio are in talks, and we’re hearing details about how that’s going so far. A trusted and proven inside source for Giant Freakin Robot has shared that the cast wants a salary increase for Star Trek 4.

Specifically, our source shared that Chris Pine in particular is asking for more money. This time around, we hear that Chris Pine wants to be paid $10 million for his return as Captain Kirk in Star Trek 4.

While Giant Freakin Robot’s source was able to confirm the amount Chris Pine was asking for, we aren’t sure how the studio is responding to that. It may be the cast that they haven’t yet. It will be interesting to hear if more details come out about how his co-star’s negotiations are going. We heard that many of them are asking for larger sums as well, but we aren’t sure of the specifics.

Actors like Zoe Saldana and Zachary Quinto seem primed to ask for higher paychecks. Quinto plays Spock, so he’s essential to the already announced project. Zoe Saldana is also essential to the main crew and has a busy schedule with her role as Gamora for Marvel. These sound like factors that could help her negotiate a higher paycheck. However, we can only speculate that they seem likely to be among those asking for raises at the same time as Chris Pine.

The $10 million that Chris Pine is asking for is a fairly significant raise from what he was reportedly paid for Star Trek Beyond (the third movie). The Hollywood Reporter previously learned that the actor earned only $600,000 on the first film, leveling up to $1.5 million on the sequel. They reported that he was able to renegotiate for Star Trek 3 due to the studio facing delays on the third movie, which allowed his contract to time out. For that film, he reportedly earned $6 million. This was revealed in 2012 in court documents, after Chris Pine and his former talent agency entered a lawsuit. The $6 million he earned on the third film was twice as much as the $3 million his original contract had specified for his pay, raising the budget on the production.

When the studio announced their plans for Star Trek 4, they also announced a release plan for December 22, 2023. This puts them on a timeline that should motivate them to move negotiations with Chris Pine along as quickly as possible. Announcing their timeline and the movie before talking to the actor seems like the studio has put the actors in a strong position for pay negotiations. It will be interesting to hear how this turns out, and whether their contracts include any information on Star Trek 5, 6, and beyond. 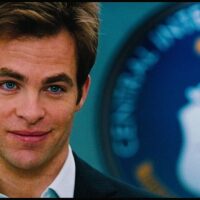