DC has upheld its loyalty to keeping Bruce “Batman” Wayne as the face of the franchise, and the Dark Knight has been given another blockbuster of his own. Robert Pattinson will don the cowl in this much more gritty, intense, raw-looking Batman film which promises that Pattinson will portray a different, entirely new take on the character. Andy Serkis has joined a strictly A-List cast, and a fresh glimpse of him as Alfred Pennyworth at DC FanDome shares his on-screen design as the famous Wayne Manor butler.

“I’ve been totally forbidden to speak about The Batman, of course,” Venom: Let There Be Carnage director Andy Serkis said when explaining his silence about the project to ScreenRant. “But what I will say is that I’m pretty certain [The Batman director] Matt Reeves, who is a very dear friend of mine and of course we’ve worked together on the Planet of the Apes movies, I know for a fact he’s making a pretty amazing picture. I really think it’s going to be special.”

Andy Serkis told LADBible that The Batman is about the emotional connection between Pennyworth and Wayne and that their connection is at the center of the movie’s plot. Filming of the movie was delayed in May 2020 due to the COVID-19 pandemic, and at the time, only a quarter of the film had been shot. The Batman originally angled for an October 2021 release, though was faced with delays due to the ongoing global health crisis. Pattinson and Reeves have expressed hopes for an R-Rating from the MPA for The Batman 2 if a sequel is greenlit by DC Films and Warner Bros. It’s early yet to determine whether Pattinson and Reeves will see their wish be granted.

Andy Serkis may be sworn to secrecy, but Twitter user and co-host of YouTube film podcast, Goat Movies, Bluayangel, has already taken to calling The Batman a “horror movie.” He issued an “exclusive” Tweet where he made the claim of knowing someone who has allegedly screened The Batman, who deems the film to be “very dark,” “very scary,” and calls Paul Dano’s interpretation of The Riddler “f—king crazy.” A lack of legitimate credibility and official confirmation means that this Tweet should not be directly interpreted as true.

Pattinson isn’t the only Batman that has been causing commotion through the comic book movie community, though he may be the only one with Andy Serkis’ Pennyworth waiting on him. The Flash (2022) has confirmed a duo of Batmen from different eras, as Ben Affleck and Michael Keaton are both to be cast as Bruce Wayne in some capacity. It has been alleged that Affleck will completely depart from the role after The Flash, while the door could possibly be left open for Keaton moving forward. With a Batgirl stand-alone project in the works, there could be more of a reason for Keaton to keep the cape on for a little longer. Fates will be decided as The Flash zips into theaters on November 4, 2022, and The Batman hopes for a March 4, 2022 premiere. 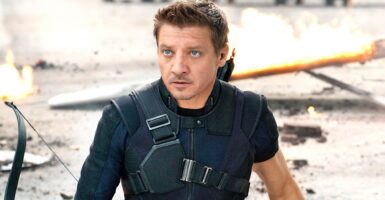 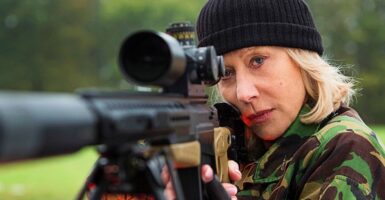 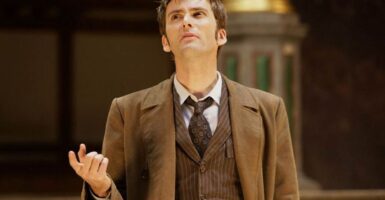 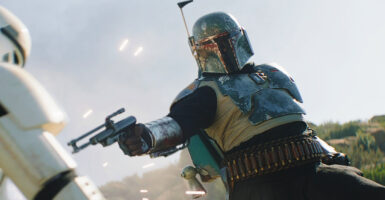