Scott Pilgrim vs. the World: How It Failed And Why It Deserved Better

Scott Pilgrim vs. the World could have been a turning point in mainstream movie history. The adaptation of Bryan Lee O’Malley’s unique comic book series had an attitude and style like nothing else on the market. It featured director Edgar Wright operating at the height of his stylistic powers. This should’ve been a game-changer.

Instead, it stumbled out of the gate for a number of reasons. And that’s simply isn’t fair.

Ten years later, it’s time to look back at why Scott Pilgrim vs. the World didn’t land with audiences and how it’s forged a legacy over the last decade.

Why Scott Pilgrim vs. the World Failed

So much of a movie’s failure can be attributed to awareness and recognition. Scott Pilgrim vs. the World had an uphill battle when it came to attracting audiences. It was based on a small cult comic that meshed together elements of indie romances, video games, comic book art styles, and surreal comedy. Blending together those many extreme ingredients and selling to moviegoers was always going to be tough.

However, Scott Pilgrim vs. the World had an effective marketing campaign. The posters and teasers all faithfully represented the movie. There was even a video game tie-in that took inspiration from both the comic and the movie, and it’s considered to be one of the best video games of its year.

But, as with many great movies that fail at the box office, Scott Pilgrim vs. the World‘s greatest obstacle was the movies it was up against. It opened at #5 against two films that captured two large demographics: The Expendables and Eat, Pray, Love. These were the top two films that opening weekend and they captured the majority of audiences’ attention. Additionally, The Other Guys was in its second weekend and had more recognition from audiences thanks to its lead actors’ star profile. Even Inception was able to land the #4 spot in its fifth week of release.

Thanks to this competition and Scott Pilgrim vs. the World‘s relative unfamiliarity to audiences, it got passed up for movies that felt like safer bets. Star-studded action and light-hearted comedies were easier to grasp than the experimental wackiness this was offering.

That’s another thing that likely turned away wide audiences. Typically, big stylistic swings don’t often hit at the box office. When blockbuster movies embrace more formalistic filmmaking approaches, the public tends to feel less able to immediately connect with these kinds of films. And Scott Pilgrim vs. the World goes all-in with its formalist mindset.

Thankfully, the box office is not the end of a movie’s story. And Scott Pilgrim vs. the World would find its redemption.

Scott Pilgrim vs. the World was destined to find its audience thanks to its one-of-a-kind style. While wide audiences weren’t going to get it at first, pop culture fanatics recognized how masterfully Edgar Wright had blended together so many different mediums. The movie’s use of comic book onomatopoeia, video game imagery, music-inspired animations, and shifting aspect ratios turns the movie into a celebration of multiple art forms.

Edgar Wright’s direction is also incredibly kinetic and always matches the energy of each scene. Combined with director of photography Bill Pope’s sharp colors and lighting and perfectly paced editing from Jonathan Amos & Paul Machliss, Scott Pilgrim vs. the World moves with such confidence and excitement in its approach.

Adding to that is an ensemble cast that is perfectly attuned to the movie’s wavelength. Michael Cera and Mary Elizabeth Winstead are perfectly paired as the movie’s romantic leads. Their line deliveries sell the specific brand of silly and sympathetic that the film is going for. In fact, all of the Scott Pilgrim vs. the World actors nail the tone and humor of Michael Bacall & Edgar Wright’s script. Every single person gets a standout moment. When it comes to great casts, this is a movie where every single performer knocks it out of the park.

Since the movie centers around a band, the music of Scott Pilgrim vs. the World has to pull double duty as both traditional score and storytelling device. Wright knew this and was able to enlist popular musician Beck to contribute to the soundtrack. Beck composed a number of songs for the fictional band Sex Bob-omb and they perfectly capture the movie’s hipster punk spirit.

It’s thanks to this spirit that Scott Pilgrim vs. the World has been able to stick around for the last decade. So many movies feel derivative or fall into easily recognizable categories. This is a movie that stands out from the crowd and continues to do so ten years later.

It’s unfortunate that more movies haven’t taken the stylistic risks that Scott Pilgrim vs. the World did, but it also means it has maintained its singularity. There is no other movie quite like it, and that alone proves why it deserved a better response. Now, it’s become a cult favorite that continues to find new audiences to this day. 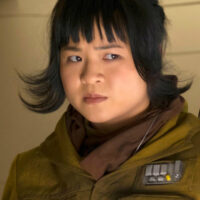