The DC fandom is about to meet another iteration of Dr. Jonathan Crane in HBO Max’s Titans season three. The Master of Fear will be played by Vincent Kartheiser this season, and the actor known for his roles on Angel and Mad Men is barely recognizable as the doctor in this new photo from Entertainment Weekly. Season three finds Scarecrow incarcerated in Arkum Asylum and looking like any other inmate, though of course, Dr. Jonathan Crane is always something a little more.

See the photo of the actor as the classic Batman villain, Scarecrow, below.

For reference, this is what a clean-cut Vincent Kartheiser looked like on Mad Men.

In season three of Titans for HBO Max, showrunner Greg Walker says that to think of Dr. Jonathan Crane like he’s Hannibal Lecter. We’re going to meet Scarecrow incarcerated and worked with Gotham City Police Department, giving them tips and information on how to stop villains. Meanwhile, he’s still Scarecrow. He’s an intelligent doctor. And he’s a Master of Fear. He plays with the human heart and mind to make the heroes doubt themselves and the others around them. Greg Walker says that Titans has always been a show about family, and when fear comes to play, that can get very complicated.

While the brand new teaser trailer for season three doesn’t mention Scarecrow or any of the new characters specifically, it does lead well into the introduction of this legendary Batman villain. The voiceover for the brief trailer promises, “This is Gotham, the city breeds a special class of criminal. People die here.”

Showrunner Greg Walker has promised that Gotham City is its own character this season. It seems fair to assume that Scarecrow will be a major part of bringing that to life. The character sometimes refers to himself as the Master of Fear, which based on the teaser trailer, feels like the tone they’re setting for Gotham City on this season of Titans.

We know that in the first episode of season three, Scarecrow will be behind bars. However, how long that will last is anyone’s guess. Will he be satisfied with his role of messing with the heroes from his place in prison? Or will he soon escape and cause havoc in new ways? As the main villain for season three, anything goes. Typically, Gotham City doesn’t keep its criminals incarcerated for very long. It’s part of the fun of being Batman, having to track them down all over again. And when it comes to facing off Scarecrow, things have always been a lot more complicated. This isn’t Bane, or even Joker. Scarecrow just loves messing with the mind. He may be perfectly fine sitting behind bars for a long while if he has access to a lot of people for conversations and mind games.

Titans season three premieres on HBO Max on August 12, 2021. We’ll be seeing Vincent Kartheiser as Scarecrow in the first episode. On that Thursday, we’ll actually get to see the first three episodes. After that, new episodes will release weekly until October 21, 2021. That’s enough time for Gotham City’s villain to hopefully stir up all kinds of dark trouble. 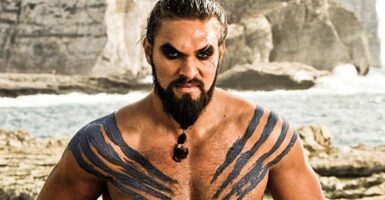 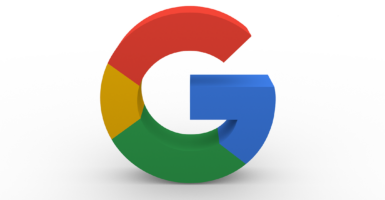