It is no surprise that Rosario Dawson’s Ahsoka Tano series is one of the most anticipated projects in Lucasfilm’s slate of upcoming stories. Her debut as the exiled Jedi in the second season of The Mandalorian turned heads and wowed fans, prompting Disney to greenlight a live-action series centered around the character. Considering the fact that Dawson was taking on a role that, prior to her brief appearance in The Mandalorian, had only been voiced by Ashley Eckstein, she did an exceptional job making the fan-favorite hero her own. Now, we have plot details for the Ahsoka Tano series. You should probably buckle up because things are about to get even more exciting for Star Wars fans.

We Got This Covered brings news of a supposed synopsis obtained by gossip writer Daniel Richtman. The leak reads as follows:

“Ahsoka Tano (Rosario Dawson) is on the hunt for the evil Grand Admiral Thrawn in the hope it will help her locate the missing Ezra Bridger, the young Jedi that disappeared with Thrawn many years ago.”

This should not surprise anyone who has seen the second season of The Mandalorian. Or Star Wars: Rebels, for that matter. The moment Rosario Dawson first uttered, “Where is Grand Admiral Thrawn?” the internet was thrown into a frenzy. And immediately, Ahsoka’s purpose in the franchise became crystal clear. Fans knew there would be a larger plotline involving Ahsoka, Thrawn, and probably Ezra Bridger, and they also knew that The Mandalorian did not have the runtime or the episode count to do this subplot justice. So when Disney announced the series last year, few were surprised but nearly everyone was pleased.

Rosario Dawson’s expanded role in future Star Wars projects was confirmed during Disney’s Investor Day in December 2020, along with other series such as Andor, Rangers of the new Republic, The Book of Boba Fett (which functioned as a surprise announcement at the end of The Mandalorian‘s second season finale), and numerous other exciting stories set in that galaxy far, far away.

With the Gina Carano situation still a popular topic of discussion, it is refreshing to see some positivity circulating throughout the Star Wars universe. And any news regarding Rosario Dawson’s return to the role of Ahsoka Tano is worth celebrating.

But as popular as Rosario Dawson is, she has found herself the subject of some serious controversy in recent years. In October 2019, a trans man named Dedrek Finley took the Dawson family to court, alleging that they had misgendered, verbally abused, and physically assaulted him during his years as their handyman. Finley ended up dropping 18 of the 20 allegations in August 2020.

There is currently no release date attached to Rosario Dawson’s live-action Ahsoka series, but it is expected to hit Disney+ sometime next year. Before that, though, we have The Book of Boba Fett to which we can look forward. That series is scheduled for release in December 2021, meaning the highly anticipated third season of The Mandalorian likely will not hit our screens until next year. 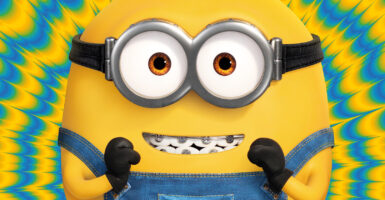