Rob Lowe is headed to Netflix. The West Wing star is set to produce and star in a new comedy called Unstable. According to Collider, Lowe will be joined in acting and producing duties by his son, John Owen Lowe.

Unstable, which also has Victor Fresco on board as a creative, will see Rob Lowe and his son John star amidst the backdrop of a state of the art biotech company. The story will center on an introverted young man who goes to work for his father in a bid to save his old man from an impending catastrophe. For Rob Lowe, comedy is no stranger. The veteran actor had a star turn in Parks & Recreation where played the health freak and generally unstable Chris Traeger. It was a role that Lowe played perfectly, so fans of Parks & Rec will be buoyed by the fact he is returning to comedy for Netflix.

How Rob Lowe and John Owen Lowe’s working relationship on Unstable will pan out remains to be seen, but the pair already have a history of comedy collabs under the media gaze. It is well documented that Lowe Jr frequently trolls his father online, posting witty comments on Rob Lowe’s Instagram posts and being a generally humorous thorn in his father’s social media side. As well as this, John Owen Lowe has comedy credentials of his own heading into this Netflix project. As an actor, he appeared in Rob Lowe’s other comedy vehicle The Grinder. John Owen Lowe appeared in Netflix movie Holiday in the Wild alongside his father. Lowe Jr has writing credits to his name as well, notably for his father’s drama series 9-1-1: Lone Star. It would appear that Unstable follows the trend of Rob Lowe and his son collaborating, which hints toward this latest collaboration running smoothly.

Rob Lowe and his son John face stiff competition in the father-son created comedy arena. Schitt’s Creek was created by Eugene and Dan Levy, who also led the cast of the 9-time Emmy Award-Winning comedy. That leaves quite the act for Rob Lowe and his son to follow. To aid them in their quest is the aforementioned co-creator, Victor Fresco. Fresco has credits on his CV such as My Name is Earl & Santa Clarita Diet. A well-versed comedy man, that will more than compliment the efforts of the Lowe father and son duo.

Tracey Pakosta, Netflix’s Head of Comedy is more than happy with the streaming platform’s acquisition of Unstable and had this to say on working with Rob Lowe, along with his son and Victor Fresco; “We are very excited to be working with Victor, Rob and John Owen- “The three of them – and their wildly funny, smart sensibilities – are a perfect fit for our growing slate of scripted comedies.”

There’s no word yet on when Unstable will air on Netflix, but Rob Lowe does have another Netflix property on the way. Lowe will be starring in Dog Gone, a heartwarming film that features a father and son reconnecting whilst hiking the Appalachian trail in search of their beloved lost dog. That, coupled with Lowe’s previous film Holiday in the Wild, shows that Netflix and Lowe have a strong relationship, which is set to grow further with Unstable. 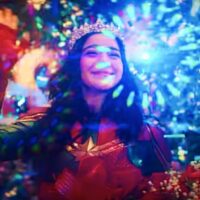