Pedro Pascal suffers no shortage of highly anticipated upcoming projects. He’s co-starring with Nicolas Cage in The Unbearable Weight of Massive Talent, and season 3 of The Mandalorian is expected to finally stream on Disney+ this coming December, according to The Direct. One of the projects fans can’t wait to see him in is the upcoming adaptation of the video game series The Last of Us, in which he’ll play the chief protagonist of the first game, Joel Miller. In a recent brief interview, Pascal revealed that yes, in fact, he does know what eventually happens to Joel, and his reaction is pretty great.

The actor was speaking to Comic Book at SXSW when the interviewer changed the subject from the upcoming Nicolas Cage film to the production of The Last of Us in Canada. After confirming that the set is indeed covered with the “clickers and spores” from the game, Pascal said — half jokingly, we hope — that he isn’t sure if he’d “make it.” The interviewer then asked if Pedro Pascal was aware of Joel’s fate in the game, leading to the actor’s delightful answer.

So, Pedro Pascal is clearly aware of what happens to his character. Assuming, of course, that his fate will remain the same in the TV series, the actor jokes, “I may not even make it to that!” Understandably, it seems like maybe working on the TV series while presumably working on other projects — including traveling to promote The Unbearable Weight of Massive Talent and possibly the upcoming Netflix meta comedy The Bubble — may be taking its toll on the star.

Huge spoilers for the Last of Us game series are coming up, so skip this paragraph if you don’t want to know them. The fate both Pedro Pascal and the interviewer refer to is one that made 2020’s The Last of Us Part II perhaps the most controversial game title of the year. The first game ends with Joel Miller refusing to allow Ellie — the girl Bella Ramsey (Game of Thrones) plays in the upcoming show — to be operated on because the surgery will kill her. Joel saves her from the operating table and kills the surgeon in the process. In The Last of Us Part II, Joel is beaten to death by Abby, the daughter of the surgeon he killed.

In February, we learned about one of the reasons Pedro Pascal may be joking about not being able to “make it” through the production of the post-apocalyptic series. While many fans were expecting the show to premiere on HBO Max some time this year, HBO and HBO Max Chief Content Officer Casey Bloys confirmed that 2022 was far too early, and that at the earliest The Last of Us would stream in 2023.

That actually tracks with a pretty big change from game to screen that was announced last month. In the first game, we learn the deadly outbreak that decimates the world begins in 2013, and the game is set 20 years later, in 2033. But in the backstory for the HBO Max TV series, the outbreak will instead begin ten years earlier in 2003, meaning presumably the events of the show will unfold the same year it streams — in 2023. 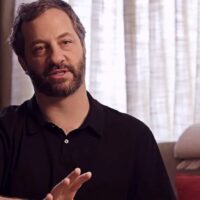 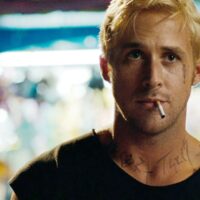