It’s been about a year since we have seen Orlando Bloom grace the big screen. Apart from his time portraying Prince Charles in the series, The Prince, he has all been quiet apart from a role in one other film. He had a starring role in a film called Needle in a Timestack (terrible name), but the film was mostly critically panned and seen as an underground feature. Now, the actor is returning in a more prominent role for a gritty crime drama. On top of what could be quite a promising comeback, Bloom looks like he has been through the wringer in his new film. Red Right Hand is that film, and you can see an image from the film below:

Orlando Bloom looks to be as if he has been put through hell in the above image. The fact that the protagonist looks beat to hell means this could turn out to be quite a compelling drama. Not that someone getting beat up necessarily means it’s going to be a good movie, but it could mean his character is going through some tough trials and tribulations based on the film’s plot. The other thing of note is that Bloom is normally the clean-cut type of guy in most of what he has appeared in, but now he looks far from grizzled with a beard and shaggier hair. It almost does not look like him.

Red Right Hand has been written and will be directed by both Ian and Eshom Nelms. The brothers are the creative geniuses being Fatman. For those who don’t know that Oscar-worthy film, it is the twisted feature that sees Mel Gibson stars as a more gun-toting version of Santa Claus. Yeah, we are serious. Fatman is basically what would happen if Santa Claus and John Wick were one person. It could mean that we are going to get quite the thrill ride with Orlando Bloom appearing in the new Nelms feature. That is the hope at least.

Orlando Bloom took a break from acting back in 2017 after the conclusion of the long-standing Pirates of the Caribbean franchise took place. Since then he spent most of his time on television shows, as he had a starring role in Carnival Role and the previously mentioned The Prince shows. He appeared in The Outpost in 2019 and then in Needle in a Timestack in 2021. It seems the actor is slowly working his way back into the spotlight. He does seem to be working with more underground features these days, but this new Nelms-led film might get him a bit more recognition.

Red Right Hand is currently filming and follows Cash (Orlando Bloom) as he tries to live a quiet life with his brother Finney in the Appalachian hills. The organized crime figure that runs the town forces Cash into service to pay off the debts of his brother Finney. But when Cash gets back into a life that he has apparently left behind, he begins to blur the line between what is considered good and evil. The film certainly sounds exciting and we can’t wait to see the trailer. 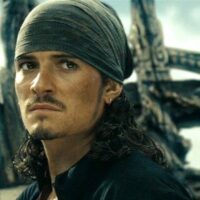 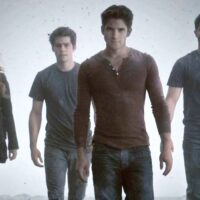 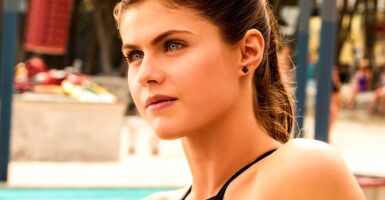 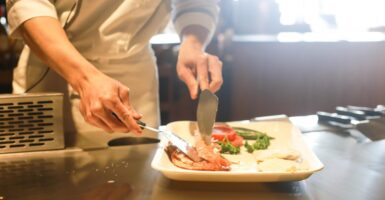