By Kristi Eckert | 5 mins ago

Nowadays, arguably, it’s easier than ever to create content and get paid for it. Web platforms like fiverr and Patreon have business models based on that very premise. The United Kingdom-based web service OnlyFans is also known for its successful platform for freelance creators. However, even though the site offers a wide array of categories for potential subscribers to browse or creators to contribute to, they are largely known for their extensive library of sexually explicit content. After coming under fire from banks like JP Morgan Chase for not wanting to associate themselves with those transactions, OnlyFans executives announced that they would be banning that type of content starting October 1st of this year. However, according to Variety, that decision was abruptly reversed just six days after it sparked a substantial outcry from creators and subscribers alike.

OnlyFans’ initial decision to block explicit content came as a direct response to creditors like Chase and Mastercard outwardly declining or reversing all transactions that contained any pornographic-related images. However, Variety suggested that even though users and supporters of OnlyFans largely sparked the reversal, the abrupt reversal likely resulted because of OnlyFans’ decision to reveal their profit margins, which were upwards of $300 million. The company’s only official comment regarding the change was that it “…secured assurances necessary [from the banks] to support our diverse creator community…”.

According to ABC News, because of the pandemic, OnlyFans essentially became a haven for sex workers, creators, and producers in that industry to continue to have a platform through which to do business on. Those involved in that industry on OnlyFans garnered collective earnings of approximately $5 billion dollars since joining the platform. Additionally, OnlyFans also highlighted that it stands behind providing a safer, more secure environment through which those involved in the porn industry can do business. OnlyFans and those that provide content to subscribers on the platform get paid primarily through Pay-Per-View (PPV), optional tipping, and/or continuous subscriptions, which is decidedly safer and more secure than resuming work at public venues or elsewhere.

Even though OnlyFans has received a lot of attention for its expanse of sexually explicit content, RifNote pointed out that they offer a whole host of much more wholesome content, including fitness regimens and cooking how-tos, and music lessons, almost a variety of other things. Profits from these industries, in addition to the success of platforms like OnlyFans, could also be indicative of why banks ultimately decided to continue to do business with them. However, the banks themselves have yet to make any official comments regarding the matter.

Controversies relating to sexual content on the internet are far from new. In fact, OnlyFans’ decision to reverse its initial strategy comes alongside the technology giant Apple’s intentions to roll out their plan to counteract child sexual abuse material with the release of IOS 15. By contrast, however, Apple’s plan was met with criticism over user privacy and the possible dissolution of end-to-end encryption. However, whether or not Apple will listen to their following’s outcries, as OnlyFans did, is something that remains to be seen. 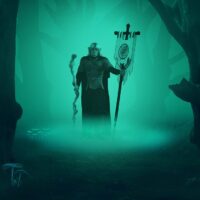