The Lord of the Rings films are three of fantasy’s most impactful stories, great, meaty epics stuffed like hobbits and rich with lessons and takeaways. With the announcement that Amazon would be producing a series that takes place in that same world, a relatively quiet fandom exploded into gossip. Is this a one-off thing? Which age would it cover? Well, if new rumors are to be believed, Amazon has big, somewhat surprising plans for this timeless franchise.

Gossip entertainment writer Daniel Richtman has come forth with rumors that a new Lord of the Rings movie about the Fall of Morgoth is on the way. He also says that Amazon is developing new spin-offs for its one confirmed series set in J.R.R. Tolkien’s beloved Middle-Earth. Richtman has revealed other precious bits of information from behind Hollywood’s closely-guarded gates, including word that Brie Larson is becoming a Disney princess and that the Terminator franchise is undergoing a dramatic genre change. Like this new report, neither of those rumors have been confirmed so it’s best to take this with a grain of salt for the time being. These are fun pieces of gossip to consider, though.

For context, the Fall of Morgoth concerns Melkor, later known as the evil Morgoth, was the first Dark Lord to plague Middle-Earth. A primordial spirit-turned-monstrous being, Melkor stole elven treasure and started the First Age-ending War of the Jewels. He did other terrible things, too many to list in this article. But his reign of terror predates Sauron by quite a long stretch of time. Melkor sounds a lot like Sauron, but is arguably even worse if you dive far enough into the depths of his history. Melkor almost makes The Lord of the Rings‘ Sauron look harmless by comparison.

The upcoming Lord of the Rings series is set long before the events of the core trilogy. The recently revealed synopsis gives us some illuminating context, without showing too many of its cards, which is great because it’s exciting to speculate about this show. Amazon has also announced a long list of actors who have been cast in Lord of the Rings, but again, this information hasn’t given too many details about what we are going to see in the show.

The Lord of the Rings will probably draw from Tolkien’s supplemental texts such as the posthumously-published The Silmarillion. No word yet on if that is actually true, especially given that the book hasn’t been officially named by Amazon as an inspiration. Still, if they’re wanting to use some of Tolkien’s best writing to inform and improve the show, that may be the collection of stories to which they will turn.

But what do you think of this? Do you believe these rumors or are you waiting to get more excited when something concrete hits the news? Or are you just going to stick with Peter Jackson’s trilogy when you need your Lord of the Rings fix? Let us know and remember to keep your eyes peeled for any and all updates on this exciting new series! 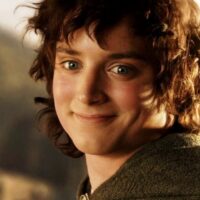