Neil Patrick Harris is an actor known for a variety of work, including side roles that took center stage, a prime example being his part as Barney Stinson in How I Met Your Mother. The Emmy and Tony winner is also a comedian, author, producer, singer, and magician, of all things. Now, he’s joining the cast of the action-comedy The Unbearable Weight of Massive Talent with Nicolas Cage.

The film will follow Nicolas Cage as he plays a parody of himself, with Neil Patrick Harris playing Cage’s talent agent. His role should be fairly involved, considering that the story follows Cage as he is facing financial ruin and needs to get more work. As Cage is doing what he can to financially rebuild, he accepts a job to attend the birthday party of a superfan willing to pay him $1 million. Due to unexpected events, Cage’s character is then thrown into situations where he needs to recreate scenes from some of his classic movies. Filming is currently taking place, with a few set photos already released.

“It’s a stylized version of me, and the fact I even have to refer to myself in the third person makes me extremely uncomfortable,” said Nicolas Cage in an interview with Empire earlier this year. “There are many scenes in the movie where modern or contemporary – here we go – ‘Nic Cage’ and then young ‘Nic Cage’ are colliding and arguing and battling it out. It’s an acrobatic approach to acting. I’m probably going to have to look at a couple of the movies from the past again, because I think we’re gonna have to re-enact some of those sequences. It’s like walking through a Cabinet of Dr. Caligari version of Con Air and Face/Off.” No word on if Neil Patrick Harris gets to recreate some of these scenes with Cage.

This type of work is familiar terrain for Neil Patrick Harris, who has never shied away from poking fun at some of his past parts. He brought up his role as a child actor on Doogie Howser, M.D. during episodes of How I Met Your Mother several times, and played a ridiculous version of himself in the Harold & Kumar series of films, which helped revitalize his career.

Joining Neil Patrick Harris and Nicolas Cage in The Unbearable Weight of Massive Talent are Sharon Horgan, Pedro Pascal, and Tiffany Haddish. Sharon Horgan will be playing Cage’s ex-wife, and Pedro Pascal is playing the superfan. Pascal’s character is said to be full of surprises and more than what he initially seems to be. Tiffany Haddish is playing Vivian, an eccentric rogue government agent, who will be forcing Nic Cage to go undercover in order to take down a criminal organization.

This isn’t the only movie currently in the works for Neil Patrick Harris. He is also going to be in the upcoming Matrix 4. We don’t know anything yet about what part he will be playing in the franchise, with some theorizing he may be playing a new villain. They’ve kept his role, and the plot of Matrix 4 tightly under wraps, so it’s anyone’s guess. The actor also has a limited series, It’s a Sin, coming to Channel 4 and HBO Max soon.

As for The Unbearable Weight of Massive Talent, we currently expect to see this strange film from Nicolas Cage and Neil Patrick Harris released to theaters on March 19th, 2021. 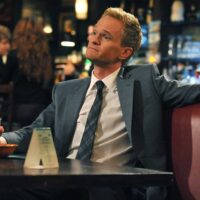